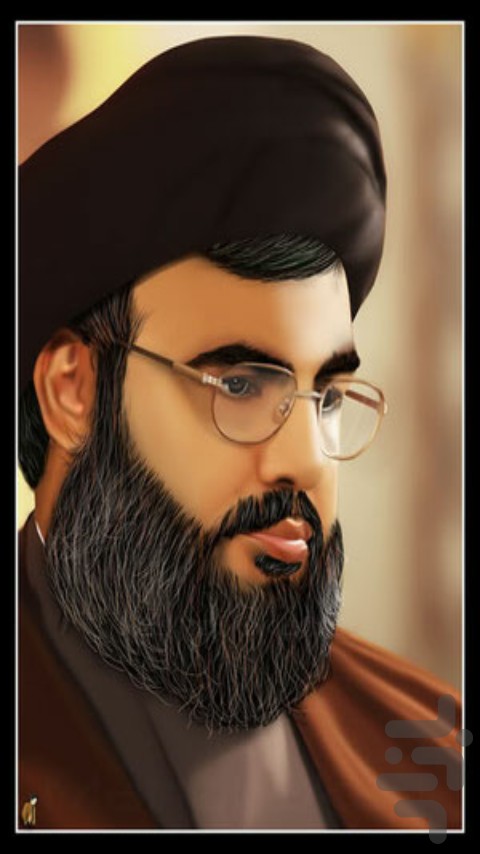 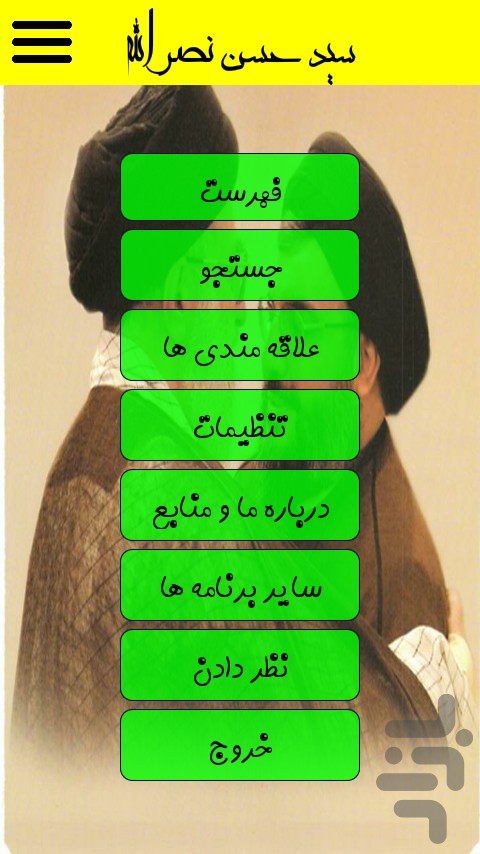 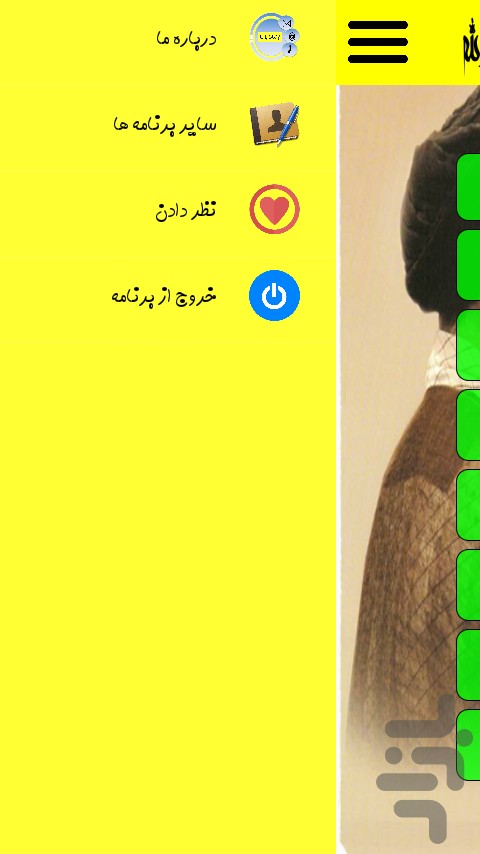 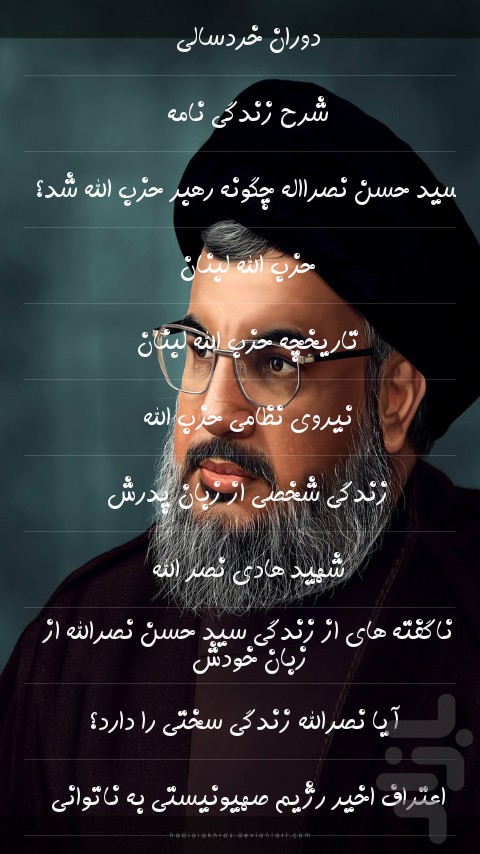 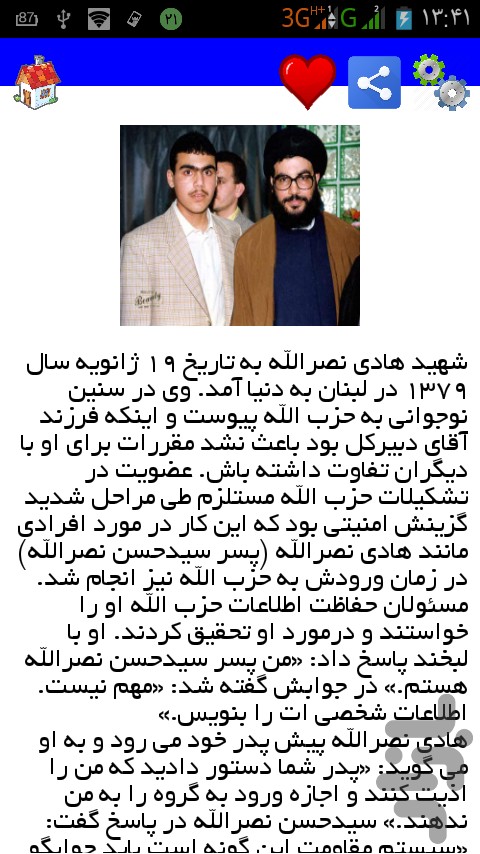 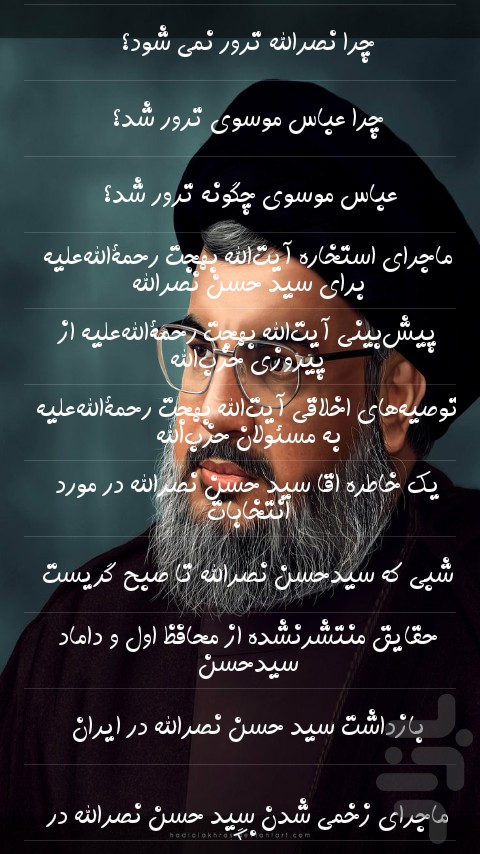 This software is intended to introduce you to Lebanese Hezbollah leader Sayyid Hassan Nasrallah who, with numerous titles, is able to make you more aware of this cleric of the Mujahideen and the free leader.

This software has font and color settings and text size that helps to read the best of the software.

-The story of the biography

-Notes of Sayyed Hassan Nasrallah's life in his own language

How was assassinated by Mousavi?

If you are welcome, your new releases will be released shortly.