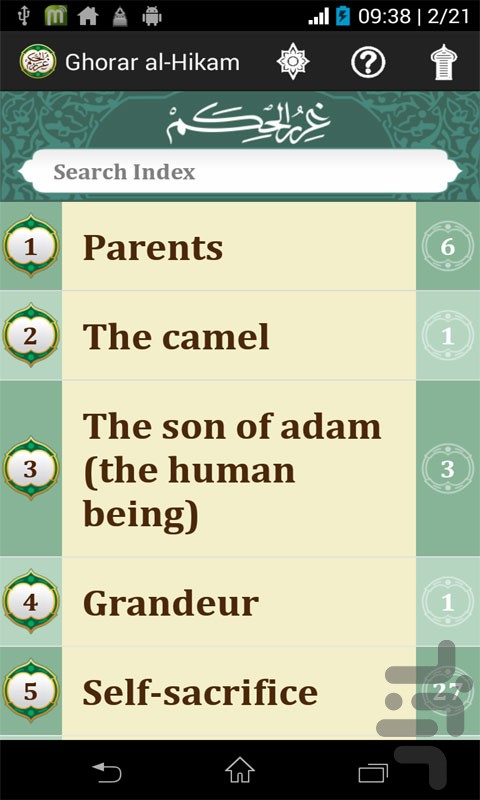 In the name of Allah, the all-Beneficent the all-Merciful
All praise is due to Allah who led us with His guidance to His path and made us excel above all His servants through [belief in] His Oneness. I glorify Him for all the single and paired bounties, a glorifying the limits of which cannot be comprehended and the magnitude of which cannot be fathomed by the imaginations.
I bear witness that there is no God but Allah, alone, without any partner – the witnessing of one whose tongue speaks veraciously and whose heart is filled up with the truth. And I bear witness that Muhammad is His chosen servant from among the servants and His messenger who called the people to the path of guidance. He sent him while the nations were following falsehoods and treading on misguided ways, one after another. So Allah, the Glorified, introduced to them, through His prophet (s), the ways of the religion [of truth], and clarified for them the paths of certitude, until the truth became illuminated and gleamed and falsehood was destroyed and perished. May the blessings of Allah be [showered] upon him and his progeny, the pure leaders, and the chosen infallible people of his household, and [on] his selected virtuous companions, blessings that neither cease in the [late] hours of the night nor [in] parts of the day.
The one who has committed excesses against his soul and is in need of the mercy of his Lord, ‘Abd al-Wahid ibn Muhammad ibn ‘Abd al-Wahid al-Amudi al- Tamimi, said: The thing that motivated me to compile, annotate, and compose this book, was that which Abu ‘Uthman al-Jahidh was successful in doing. He enumerated and wrote down in his manuscript a list of one hundred wise and eloquent sayings that were not widely known, on various topics, from Ameer al- Mu’mineen ‘Ali ibn Abi Talib (‘a).
So I said: How astonishing it is that this man who was the most learned of his time, unmatched by his contemporaries, despite his great knowledge and erudition, having ascended to the peak of understanding, with his closeness to the first era, and his possessing a great share and a large portion of virtues and excellent merits; how could he shut his eyes from the luminous full moon and content himself with so little from so much? And is this not but a fraction of the whole, a little of the innumerable and a drizzle from the downpour?
And I – despite my covered heart and falling short from the station of perfection, and my acknowledgement of my inability to recognize the excellences of the hearts of the foremost, and my falling short from following in their footsteps and my insignificance in comparison to their greatness – have compiled a small number of his short aphorisms and a few of his wise sayings which render even the most eloquent ones mute and make the wisest sages despair of matching it.
Allah knows that in this endeavour I am only like a person who takes with his hand from the sea and acknowledges his shortcoming, even if it may seem an exaggeration, but why not? When he (‘a) has drank from the spring of Prophethood and possesses in his heart divine knowledge, as he (may Allah honour him) says, and his words are true and his speech veracious, based on what the narrators have narrated: verily I have much knowledge in my heart; if only I came across someone who could bear it!
I have omitted the chains of narrators from it and have arranged it alphabetically, placing together the aphorisms and sayings that rhyme and exhibit assonance so that it falls more easily upon the ears and is grasped quicker by the hearts and minds, because of the intense inclination of the souls towards poetical speech and their dislike for prosaic form. In this way its readers may easily commit it to memory and it may become a source of joy for those who examine it, having been extracted from its masterpiece with my cutting off most of it out of fear of lengthening [it] and sufficing with that which contains a remedy from hardships and difficulties for the people of intellect and understanding.
And I have named it Ghurar al-Hikam wa Durar al-Kalim (Exalted Aphorisms and Pearls of Speech) in the hope of getting reward from Allah, the Glorified, while seeking refuge with Him, the Most High, from every flaw. And my success is from none save Allah; in Him I have put my trust and to Him will be my return.