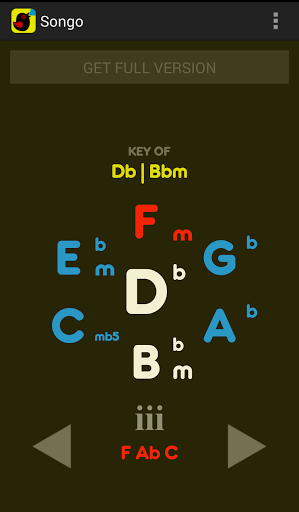 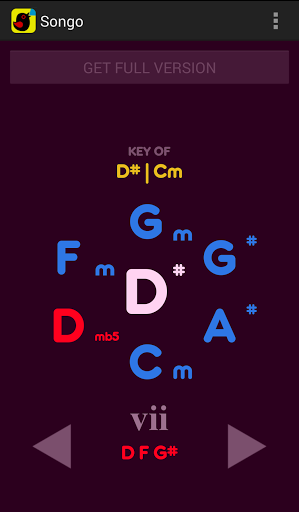 Find musical chord progressions that work with Songo. A simple song helper.
Not your average chord finder, Songo is a songwriting and music education tool that will help you discover chord progressions by grouping chords of the same key together. Songo is an audible reference tool for all 12 musical keys, including chords and scales. Transpose music or just play around. No music theory knowledge required.

You will also discover chord progressions to many famous hit songs just by tapping about in Songo... who would have thought it could be this easy!

Whether you play guitar, keyboard, saxophone, trumpet, trombone or nothing at all Songo can be a valuable songwriting assistant.

- Adjusted default sharps and flats to be more consistent with accepted music theory. Settings toggle now only applies to the key of Gb / F#.

- (FULL VERSION) Introducing the SCALES panel with different modes and the ability to play notes along with chords.
- Various interface tweaks
- Settings for toggling visual appearance, including display of sharps or flats
- Help and Info is now available via the menu.