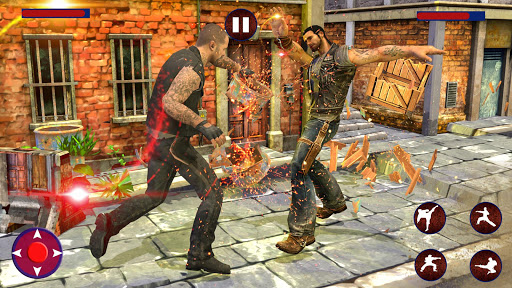 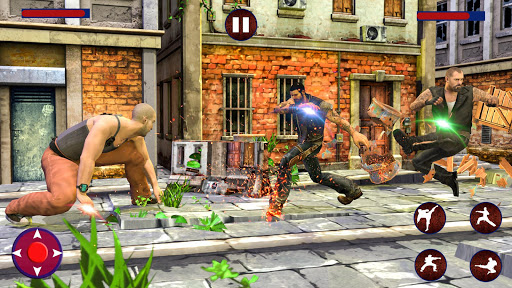 Kings of street fighting 3D is enjoyable game with great graphics and good quality super ninja combos combat. True heroes fight on street with no limits, feel the power and strength of street fighting games, Its your time to master your ninja warrior killer instinct and revenge on street in Street ninja fighting Combat. Chose your character wisely and compete the opponents in street fighting arena. Enjoy an unprecedented and devastating brave learn to fight combat experience. Fight on Street, Face various enemies, use quick reflexes and special moves, devlkick unleash power combos and beat your opponents to become King of street fighting.

You are hell of ninja warrior alone and already take oath to never under estimate your kung fu skills to beat the combo critters bosses. you are also the last of for survivals of the brutal super ninja kung fu street fighting in this game. Prove your street fighting skills and make this assorted mortal kung fu combat fight to an end. Now its not the time to hide your Kung fu skills against street rivals, Get ready to finish this endless brutal super ninja combo critters game. Opponents are very dangerous and experts of boxing champions this is the cause of failure of locals and their kung fu skills get a head down whey they face boxing street fighting. Identify their week points and come up with strategy to eliminate the power opponents in this brutal ninja fighting war. Keep your fighter strong in this learn to fight fighting game because the enemy count will increase in each level.

street Fighting will end after you win. Kick off the gang boss and all those who are part of this brutal street fighting game. Finish this battle run and smash them all. Its time for an endless fight and you have to kick off all your opponents. Enjoy amazing fun fighting game. Get ready and download one of the best Street fighting Game. Kings of street fighting 3D with ultimate combos.