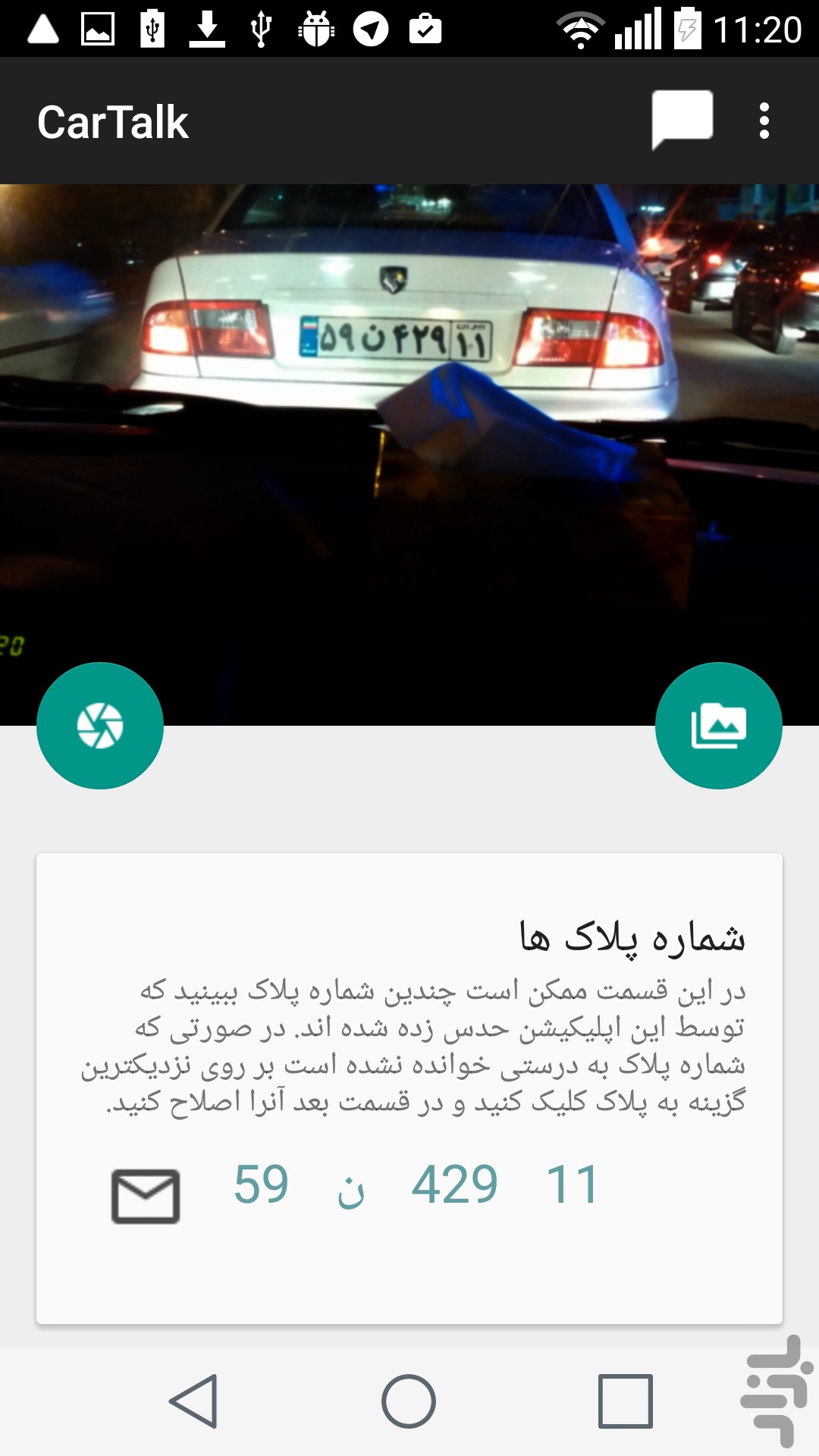 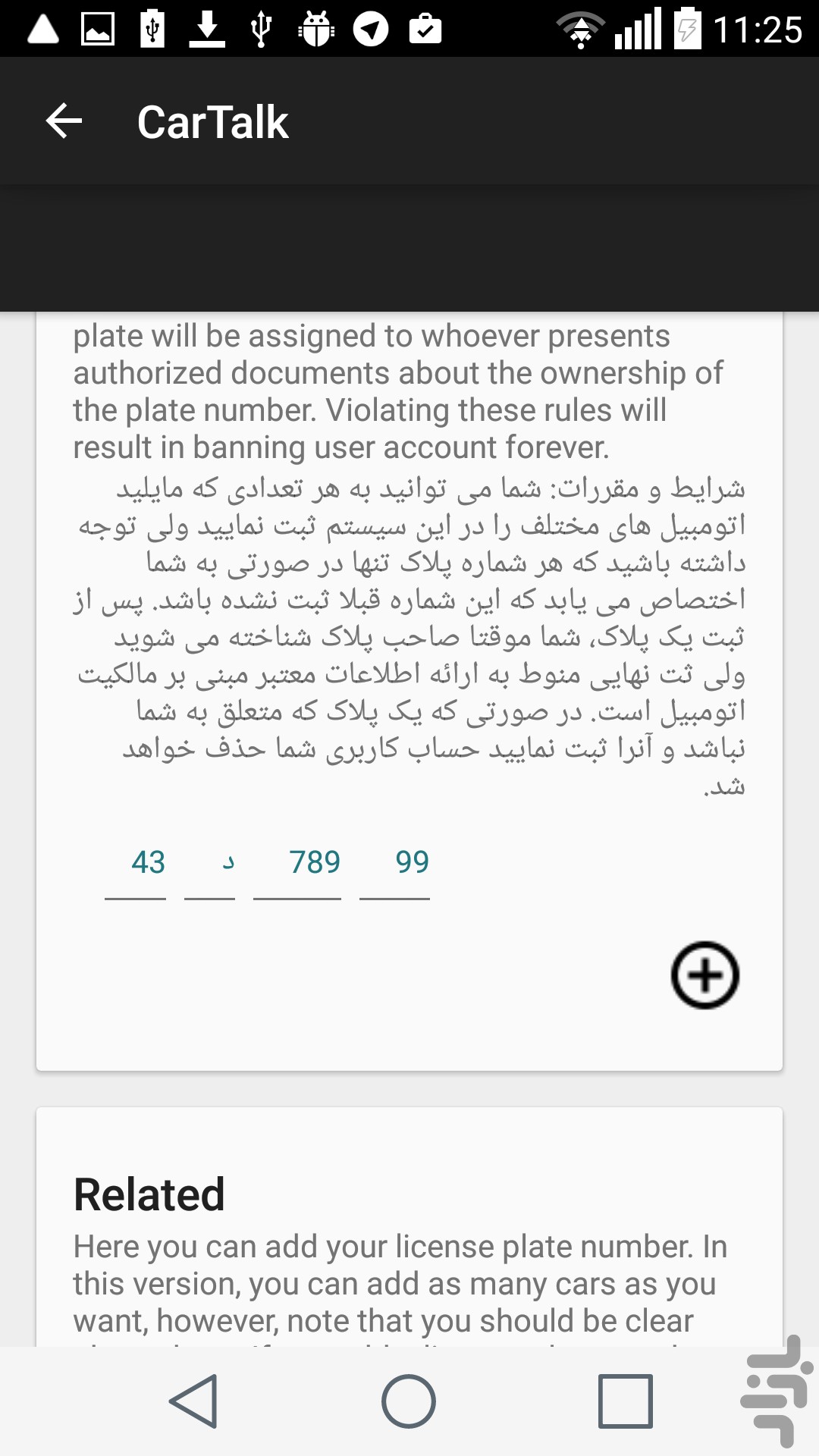 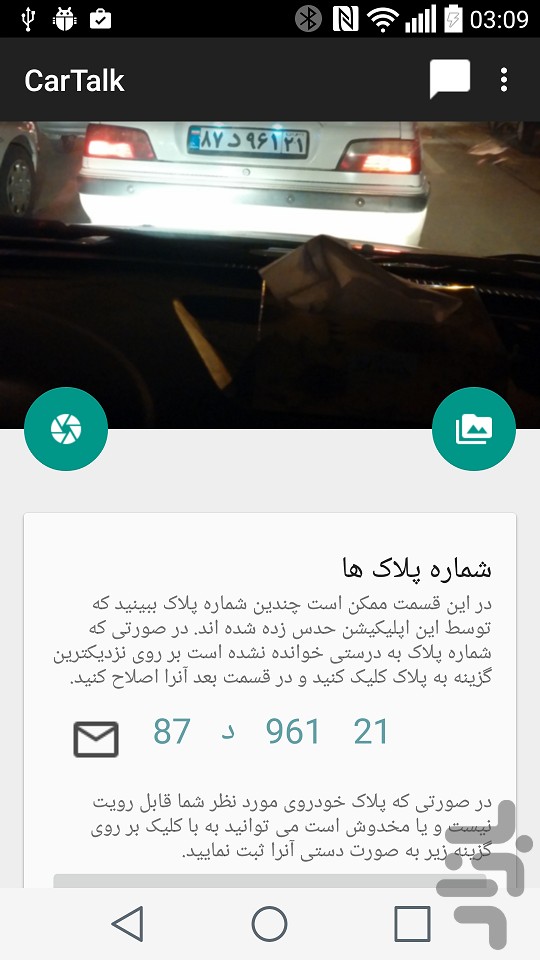 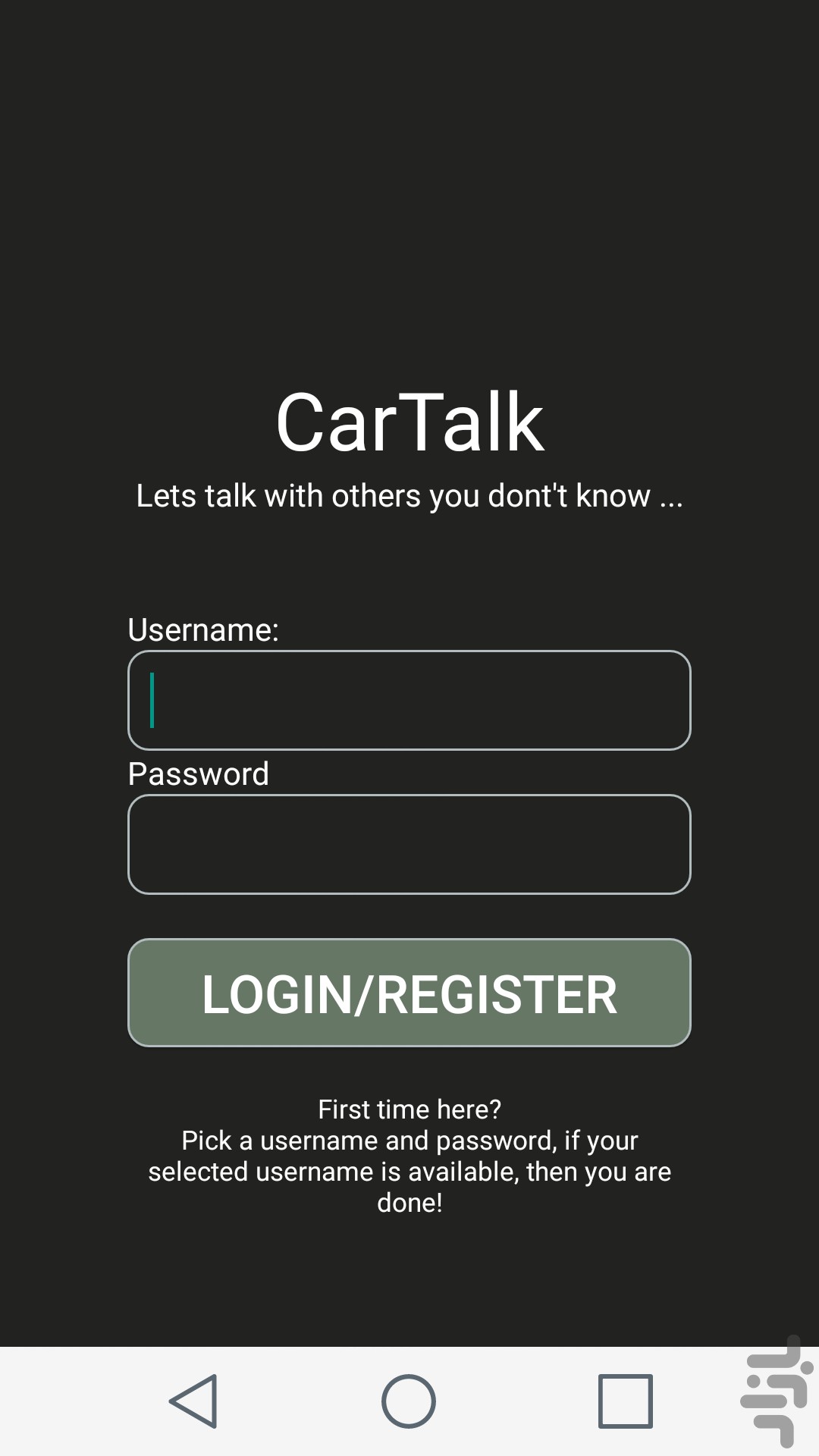 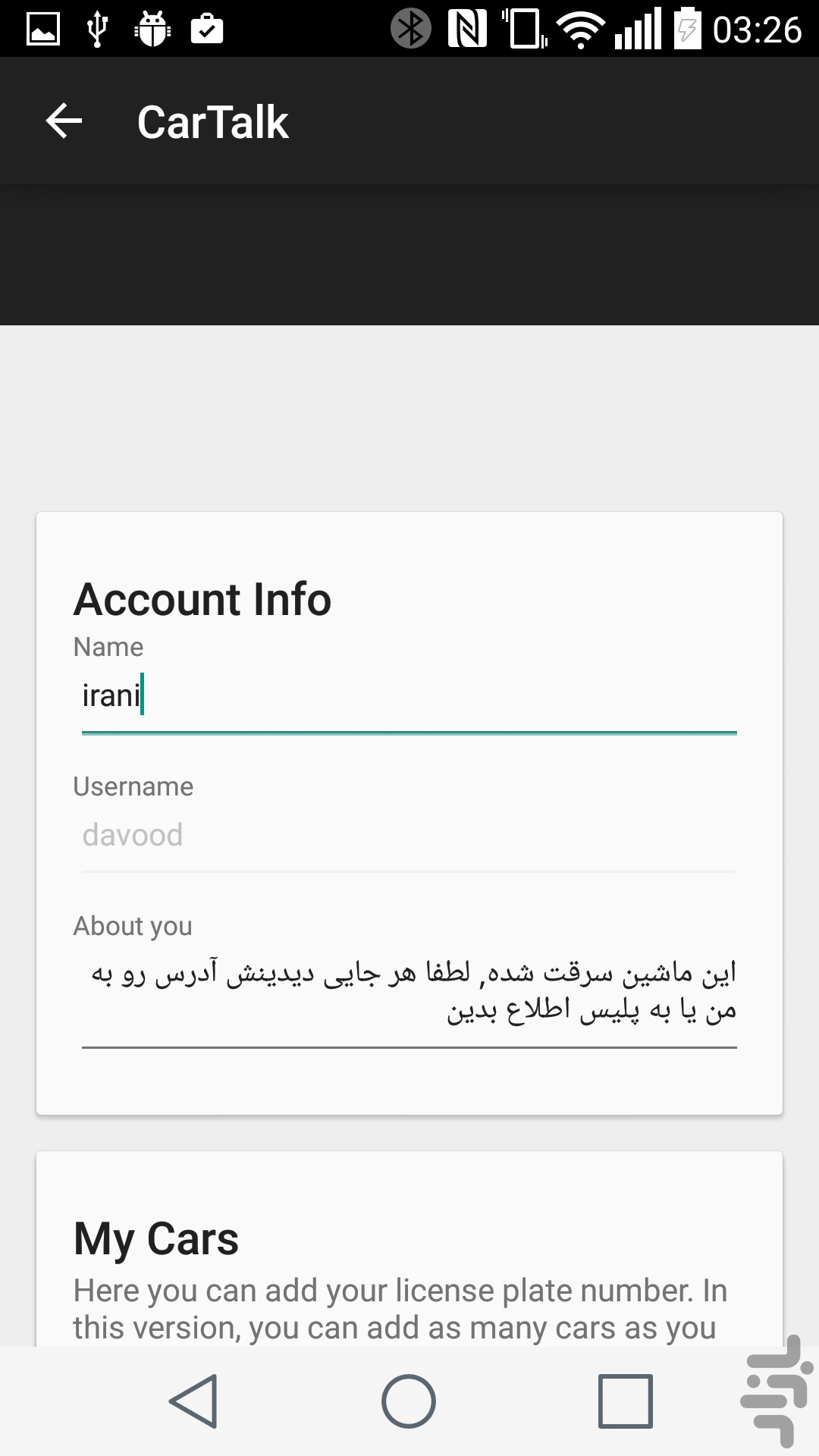 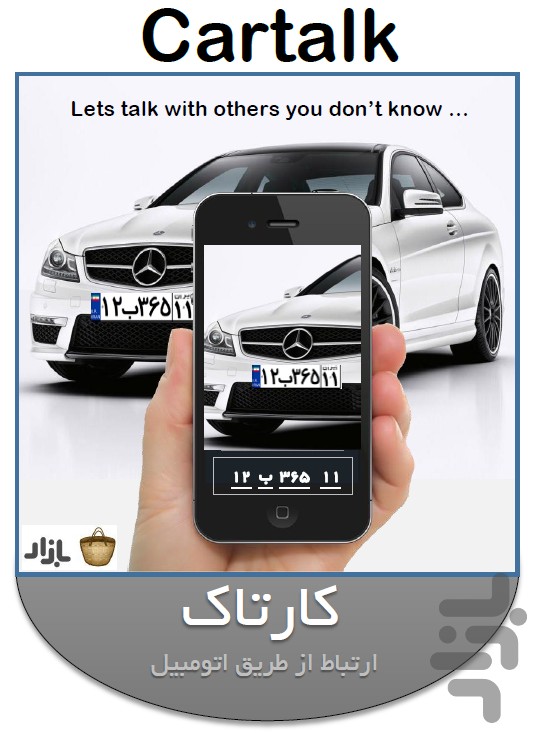 Incessant advancements in technology and communications are making the once believed gigantic world, smaller and smaller. People, can effortlessly communicate and transfer messages from one hemisphere to another in spur of a moment. They make use of emails, telephone numbers, Facebook IDs, Skype IDs and so on to communicate in their interest. Similarly, growing car industry is delivering more comfortable and cheaper products to their costumers. Owning a brand-new car is no longer a distant dream. CarTalk, is a messaging application like its predecessors with a major difference; it helps communicate with people using their cars' license plate numbers (LPNs). The latter have long being assigned to individuals by traffic authorities to monitor the drivers and track their cars. CarTalk, take the advantage of LPN uniqueness to identify car drivers. In other words, LPNs are regarded as telephone numbers. In this way, CarTalk facilitates communication among people who can see each other. So as to achieve this, machine vision techniques are binded to network messaging to cast the very CarTalk ecosystem. This paper presents the steps taken to implement CarTalk approach in Android platform. This is not the end of CarTalk and more viable future  applications of this concept will be discussed at the conclusions section of this paper.