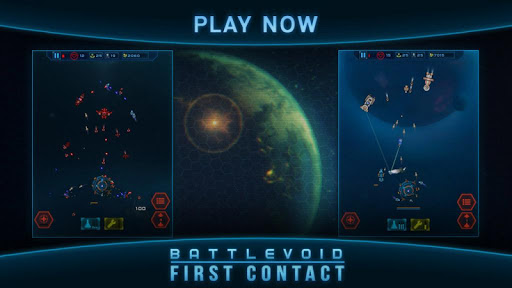 The year is 2259. The place of the game is a Battlestation.

Commander! We've got something coming through the jump gate, signature and silhouette unknown. Recommend sending fighter squad delta to intercept. - Eden, the artificial intelligence of Battlestation.

Battlevoid: First Contact is a free real-time (RTS) space strategy game with roguelike game play features. Set in a universe, where 3 other species and an unknown threat are nearby, you are in command of the best defense humans have left. Take command of the space station named Battlestation, build your own weapons and fleet, research new technology and order reinforcement starships. Your every decision will culminate into one epic last battle, where your swift decisions will decide if a human colony is saved. Unlike any other tower defence game out there!