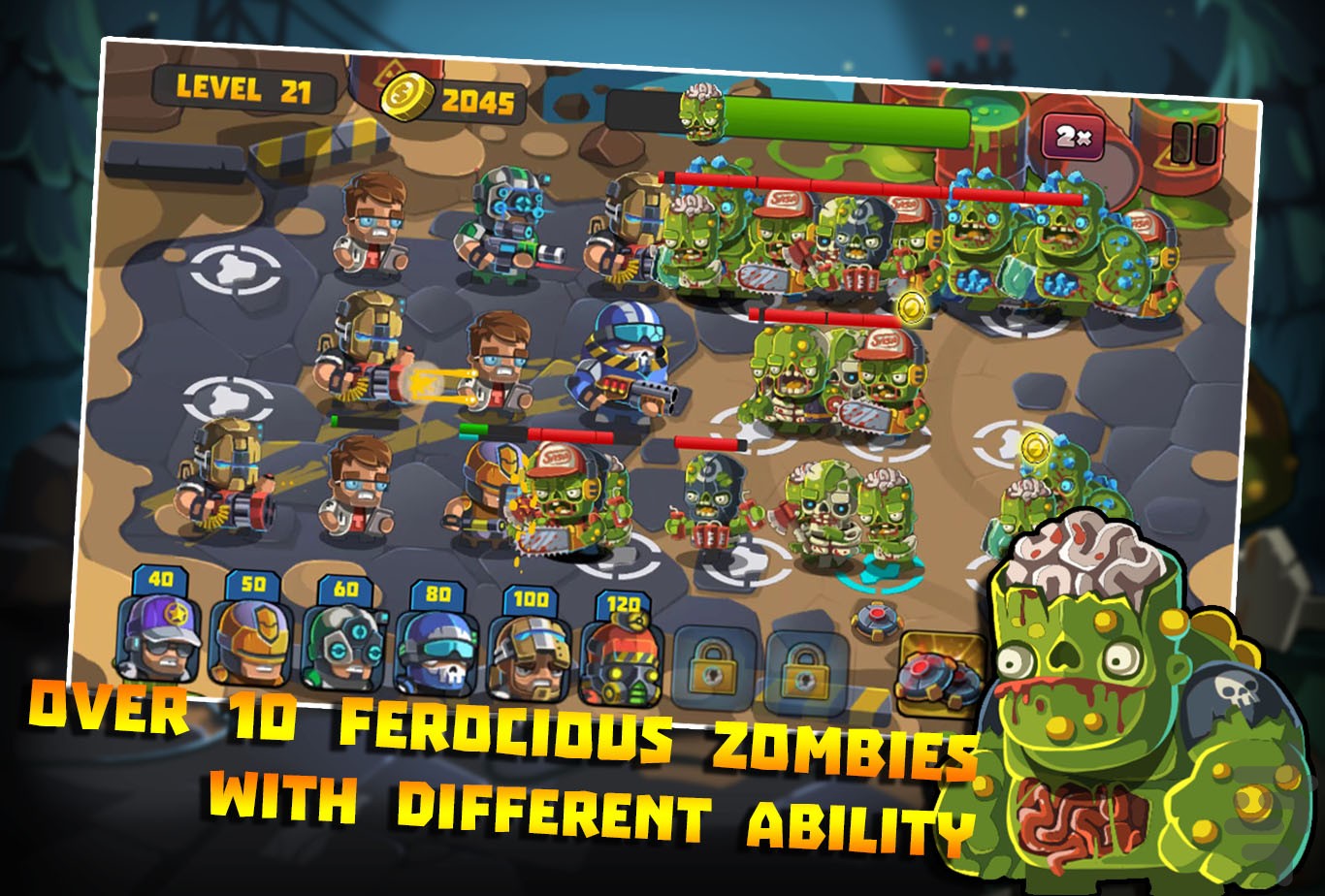 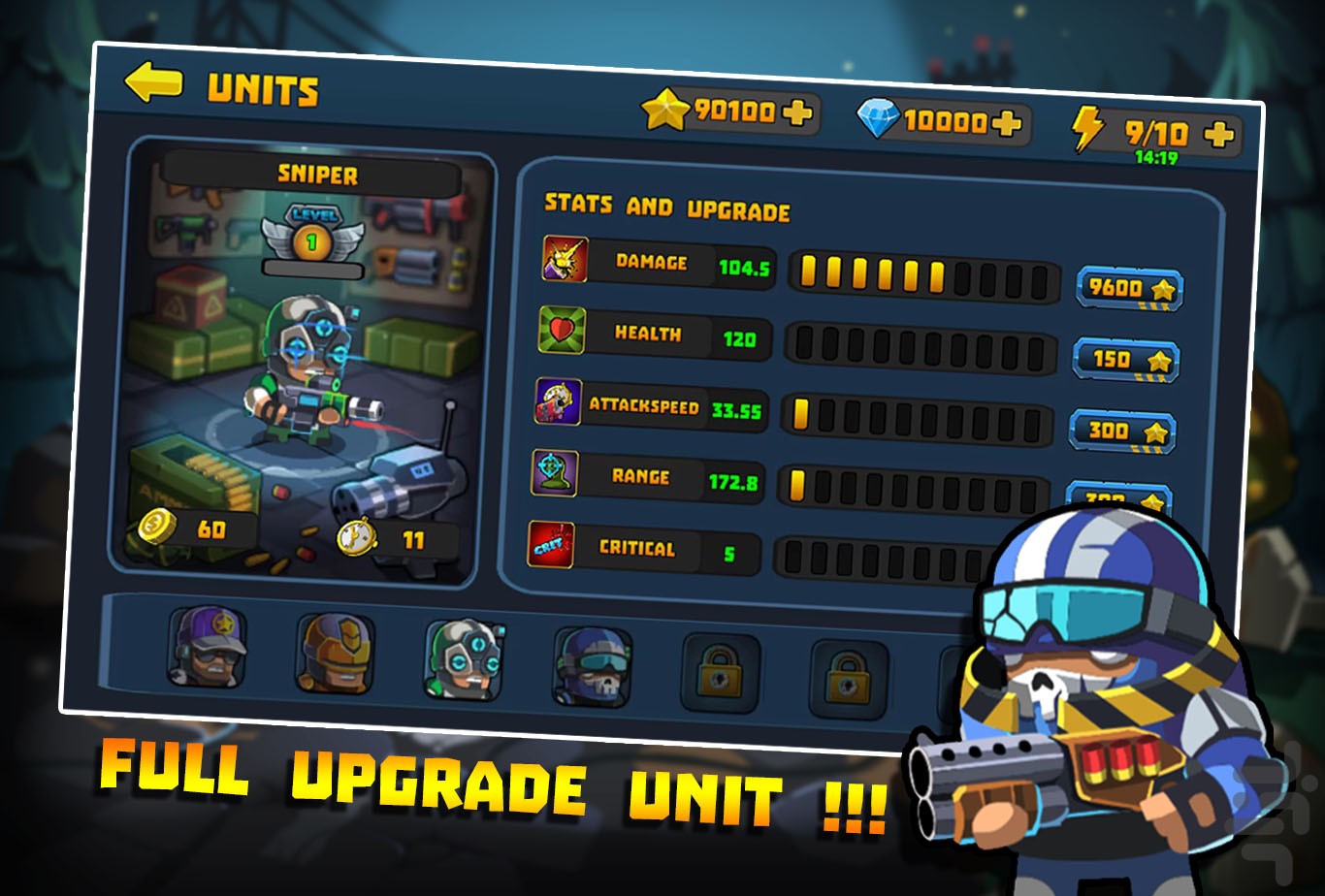 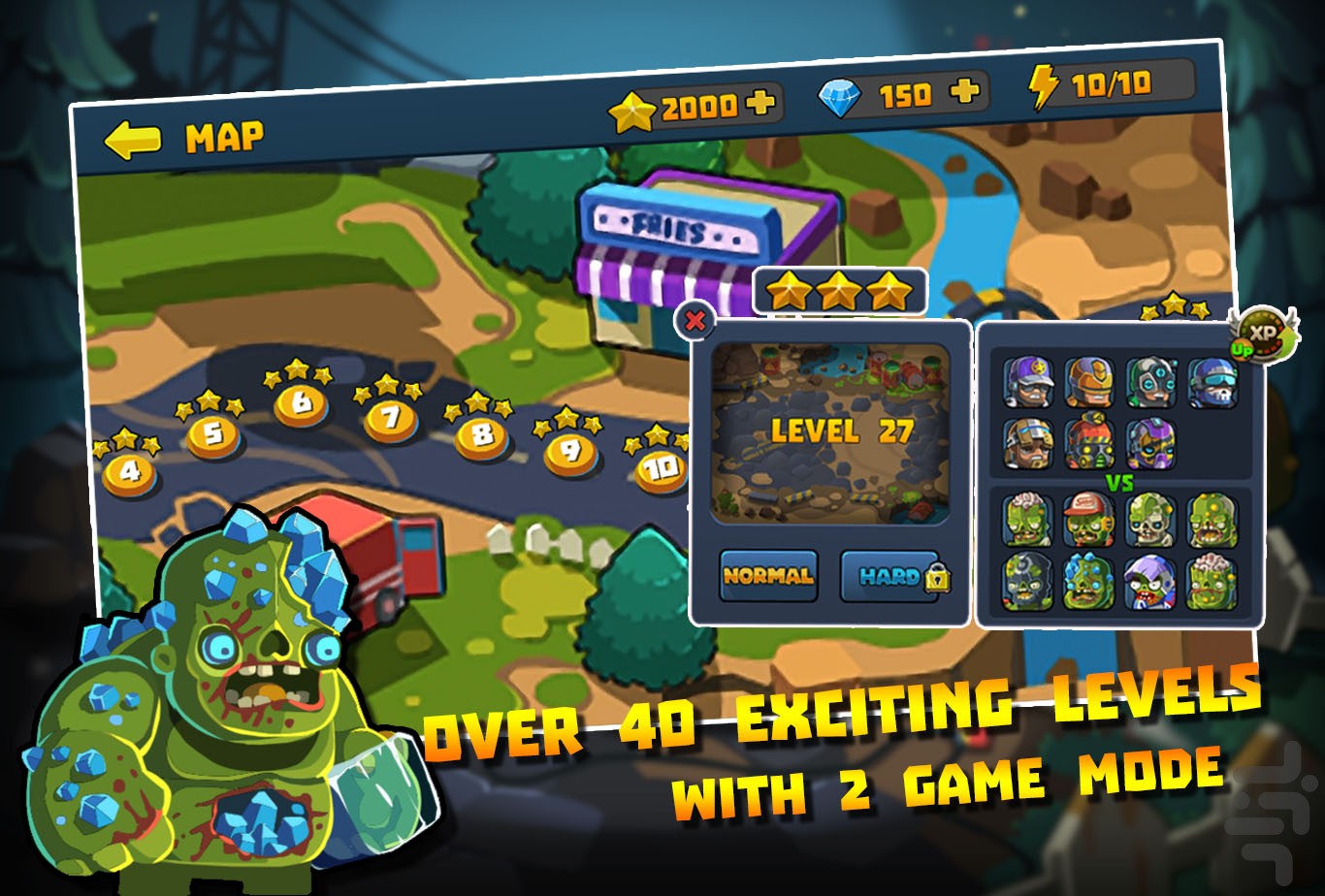 Zombies are coming!!!! - Prepared for the fierce battles between SWAT heroes and ferocious zombies in most addictive defense zombie game.

Use your skill and intelligence to lead your SWAT heroes team to defeat all the ferocious zombies to save the city.
Each unit of the SWAT heroes team have different characteristics, for example: Sniper have big damage, long range but low speed attack, less health. Double Pistol have normal damage, but higher speed attack, more powerfull when upgrade.
Also there are many types of zombies, each zombie also have different characteristics and ability, for example: Mad Zombie have very hight move speed, attack speed, but less health and have a very ability is you can not freeze this zombie. Freeze Zombie have very hight health, bút lower move speed and attack speed and have a very terrible ability, this zombie can freeze the unit.
Beside the SWAT heroes, you can also use many awesome skills in defeating the zombies (Bomb, Freezing, Heavy Rocket...)

Features:
- Over 8 units with different skill and strength.
- Fully upgrade(health, damage, range, critical…) of each Unit with star.
- Level of Unit system. Unit will earn exp after a victory level
- Over 10 type of zombies with different ability (freeze unit, suicide bombers, big zombie…)
- 3 skills you can using with upgrade able
- Unlimited diversity quests. You can earn more golds and gems
- Get your free ward every day, many times within day.
- Over exciting 40 levels. The difficulty of each level will be increased, requires you must have a great skill to complete.
- You will get gem and gold after complete each level, the reward will be increased after each level and you will get more reward if you complete the level with more star.
- With the library system, you view detail of zombie’s information, this will help you have reasonable tactic to kill every zombie.
- Best Tower Defense Zombie Game 2017
Hurry Up!!! Let's play a best addictive tower defense Zombie game ever!!! SWAT vs Zombie Defense Tower