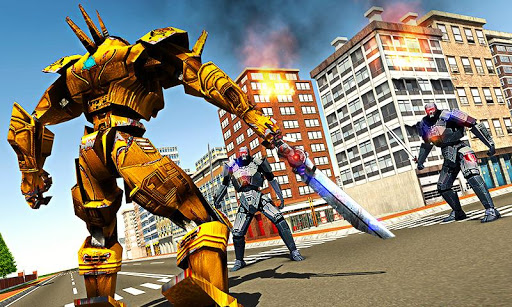 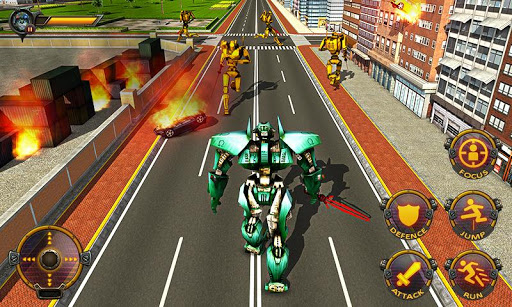 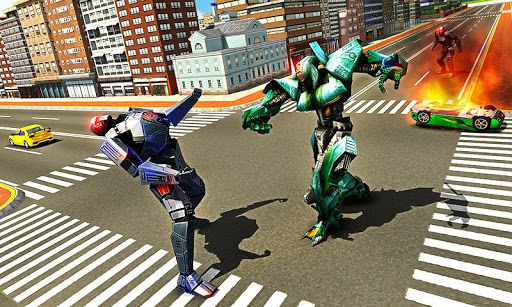 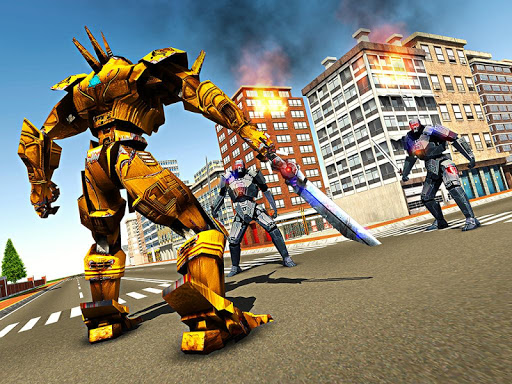 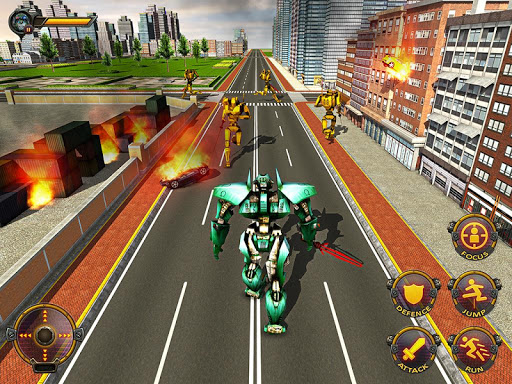 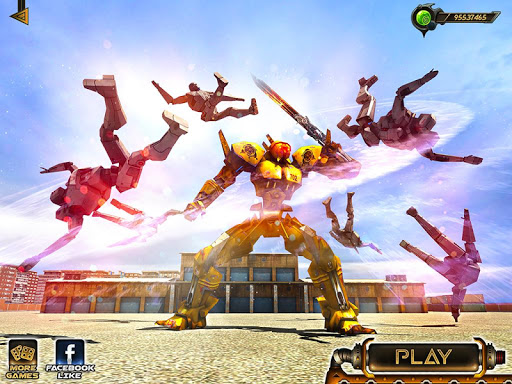 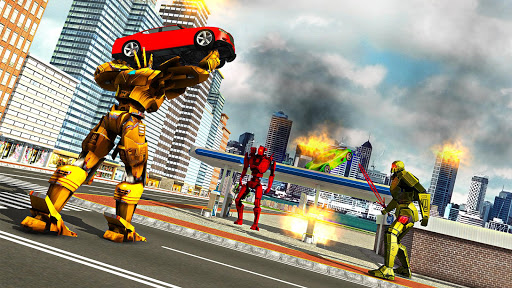 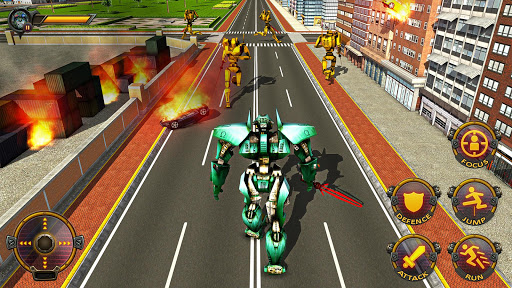 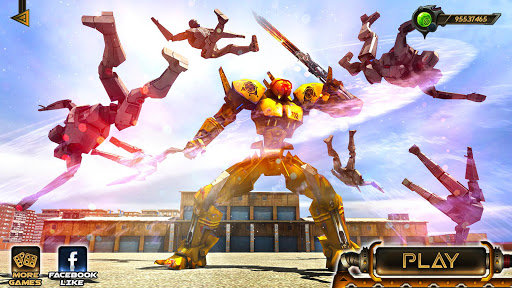 Are you ready for an ultimate robot war game of 2017 to experience unlimited demolition? If you are looking for robot mobile game rampage then this is exactly what you need this robots battle game is specially designed for those who love robots transformer, robot fighting and robot tanks battle games. As a guardian superhero your task is to transfer robots to the dark world from where there is no coming back. The war robots are designed with modern artificial intelligence that is equipped with swords to fight in survival mission against red robots. The rise of steel or down of steel depends upon your robot fighting skills! Use real robots steel sword, kick and punch attack to save humans.

For centuries you were in the battle of darkness as an iron robot now fight as a steel machine for real robots war! Become a monster mech robot to show what you got as earth is under attack fight for the honour of metal warriors to save the human race by destroying the angry robots.in real robots war steel fighting you need to survive to prove yourself a warrior on each battle and use strategies and different tactical maneuvers to defeat the mad robots. Rebel Robots are destroying the modern city that is full of innocent humans you need to fight them and save the human race. The modern city needs a superhero unleash furious mortal combat attacks using special sword moves.be the legend of robots war in the legendary battle of 2017 by smashing and crushing the red enemy robots with swords action, jabs and hard punches. In real transformer robots war you need steel boxing armor swords to fightback brutal alien robots. It's your time to become super heroes to payback the gigantic robots powerful punches. As a legend robot you may face titan robots in various flying robots of planet guardian.

Two worlds collided bring the planet back to life. Don’t give up fight with swords of X-ray robot until victory is yours!