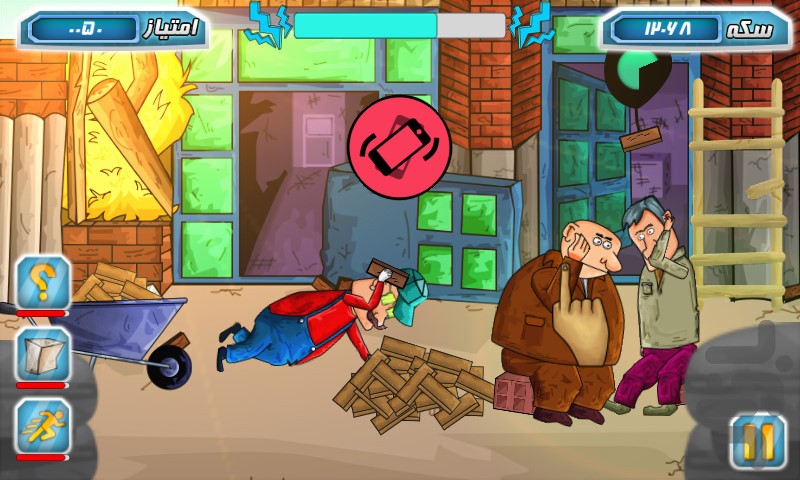 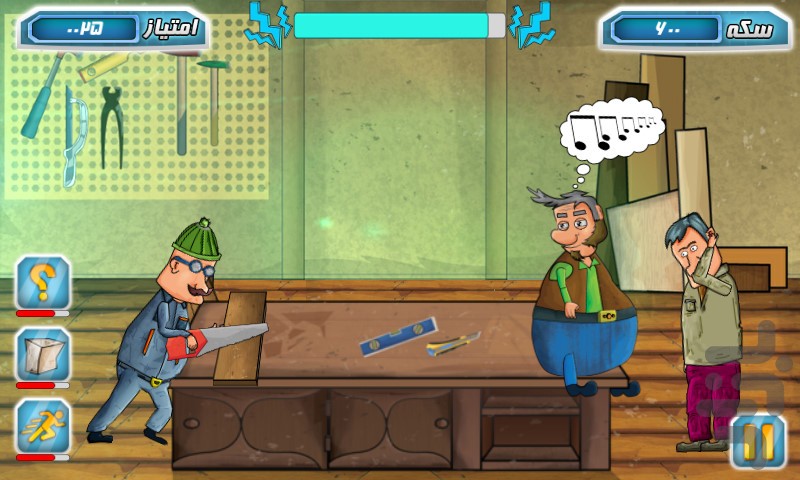 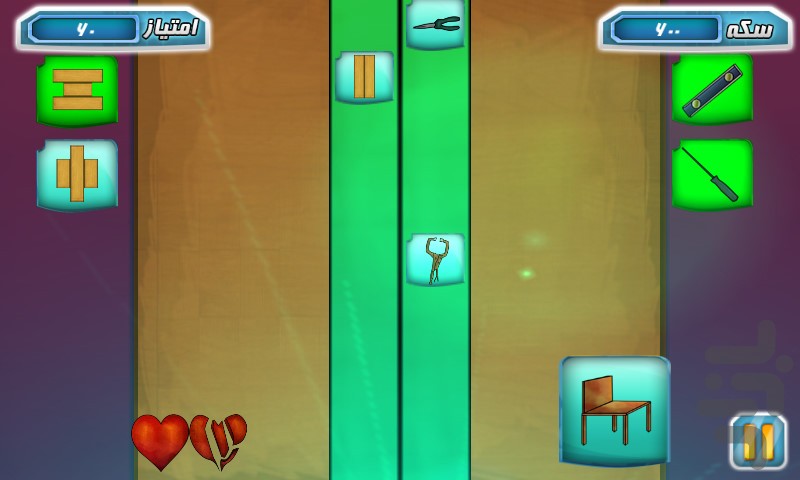 The main character of this game is a man named Jafar, and despite having worked hard, he has not been able to get his wages and his right, because of this, he finds the answer to "laziness."

In this game, every owner has his own special feature, one angry, one kind and ... but the common feature of all of them is their fool.

You need to rest from the eyes of the owners and at the same time listen to the funny dialogues between the characters of the game.

Your friend Pedram is always at your side and makes it easier for you to do business with the owners.

But how long is it laziness?

Loneliness for yourself, but you have to work together and do all sorts of things, do welding, do not blame, and ...

Take care of the owners :)