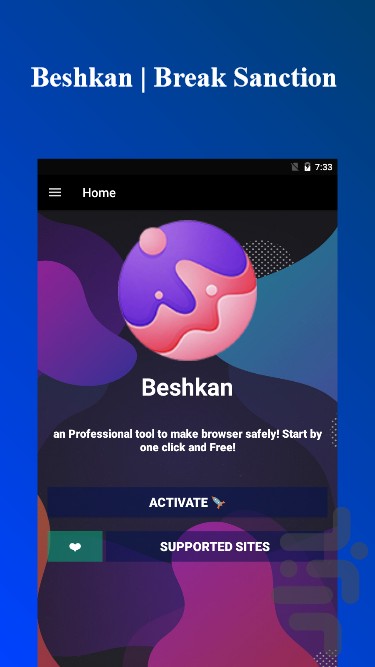 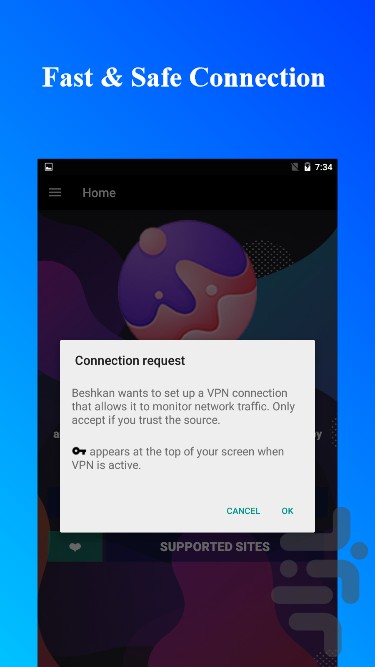 Break all sanctions and internet restrictions in three whistles!

Please note that "Beshkan" is not just a filter breaker, virtual private network, the like, Break is a tool to access foreign websites that have blocked access to Iranian users, obviously break the website It does not open the cases that have been blocked by judicial authorities and the working group of criminal content (such as Telegram, YouTube and other websites that contradict the laws of the Islamic Republic) at all!

It is safe to say that Breaker, with 6 powerful servers, covers 99% of existing sanctioned websites, the most important and most useful of which are supported by the hacker:

- And more than 300 other sanctions websites!

If you notice that the sanctioned website is not opened by the hacker while using the application, first make sure that the hacker is properly connected to the internet and active. If the website imported by the judicial authorities and the criminal content working group has not been blocked or filtered, it will finally be added to the covered sites after 1 hour.

Breaking is a user-centric system, so the whole attempt to break is to keep the user's privacy at the highest level, so we are not happy to break unwanted and annoying ads in the form of a notification! And like conventional filter breaker applications, there is no video or mandatory advertising in this program!

A breaker such as a private virtual network connection does not transfer data from the main server to different server locations and then the user's device, which increases the speed of multiplication over software that goes through sanctions and similar anti-filter. It is possible.

If you have trouble using or installing the app, you can submit a comment or  contact s@abolpv.com by email. You can also request new website coverage, add suggested features, or critique your app in the form of a Leave a comment in Bazaar Cafe for us, individual comments will be answered as soon as possible.