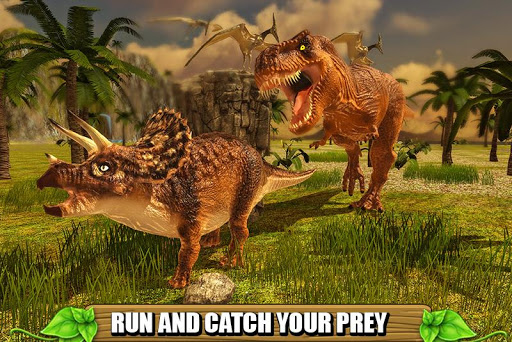 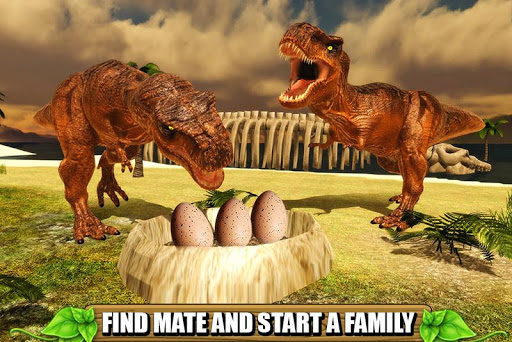 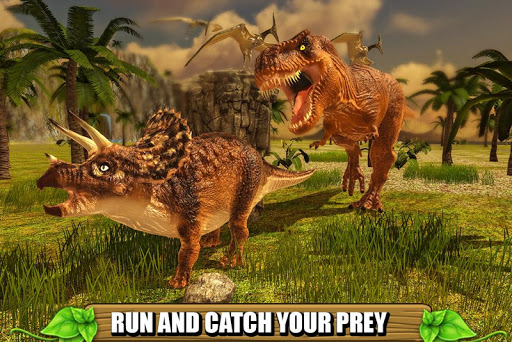 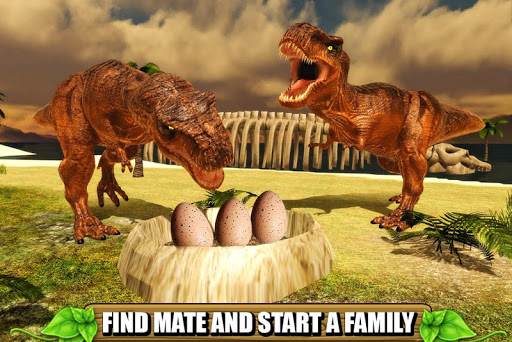 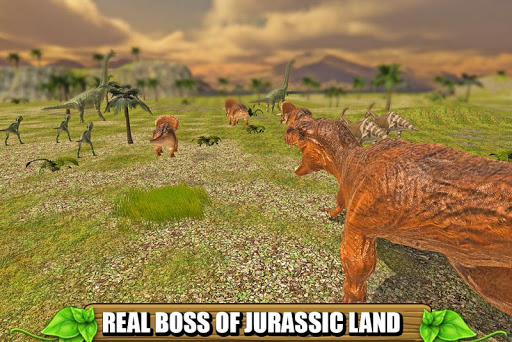 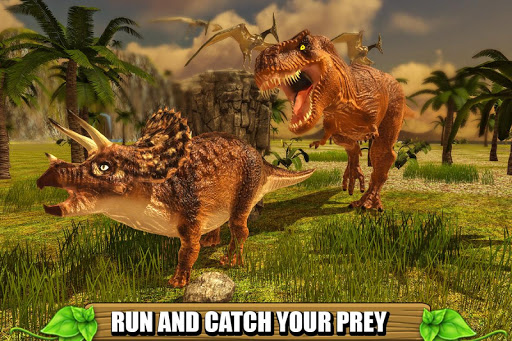 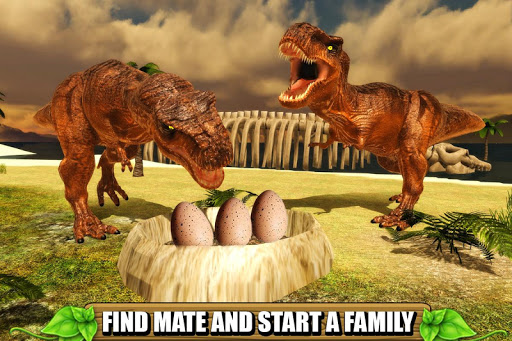 Have you ever imagined what it is like to be real Tyrannosaurus Rex (T-rex) or huge dinosaur? Now you got a chance to become a giant dino in this Dinosaur simulator. In this war of Furious T rex dinosaur you have to start and protect your dinosaur family and survive in the wilderness of the jungle. Maintain your energy and health by hunting, eating and drinking in t-rex survival sim game. Kill or be killed in huge jurassic environment. You will face multiple wild types of dinosaur like Raptor or Triceratops and with troodon, Spinosaurus, Pteranodon, Dilophosaurus and other angry Tyrannosaurus Rex. Come into the exciting world of Dinosaurs with our latest dinosaur simulator 2019! Play as a prehistoric animal on the stalk. In Furious T-Rex: Dinosaur Simulator you need to use and hunt with your predatory instincts to hunt down your prey in a Jurassic jungle environment. Aim and attack with your furious t rex survival simulation! Ready for sudden attack! sharp claws wisely to hunt the prey. It’s a dino fighter game with the twist of dinosaur family sim!

Explore vast dinosaur world and fight for survival. Find mate breed eggs! survival fight together with your dinosaur family or t-rex clan. Complete dinosaur hunt quests! fight against other Jurassic predators together in our t-rex dinosaur survival sim 2019. The T-Rex Dinosaur beast will have to protect its family in hard surviving conditions. Dinosaur Simulation 2019 is not about Dino t-rex City Hunting! It is a pure wild dinosaur simulator in which t-rex goes head to head with bigger and stronger dinosaurs, flying raptors etc. So get ready to fight and save your territory! Attack and hunt for your hunger. Play as a monster Tyrannosaurus Rex and create chaos around the jungle for dinosaur survival.

Time to start as a single T-Rex dino and build your family and be a clan. Fight, hunt eat together to maintain your health and energy with dinosaur family simulator or T-rex family sim. Download now Furious T-Rex: Dinosaur Simulator and become a prehistoric wild jurassic beast & and rule over the huge jungle.