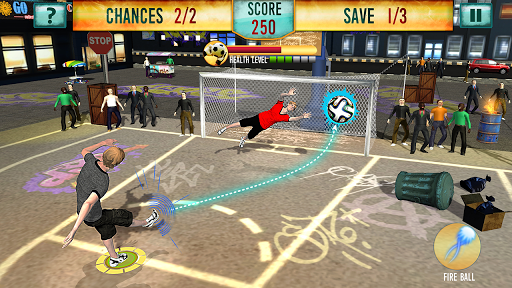 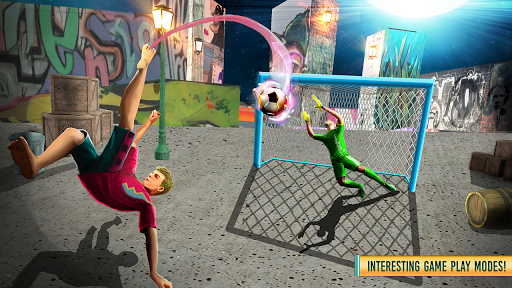 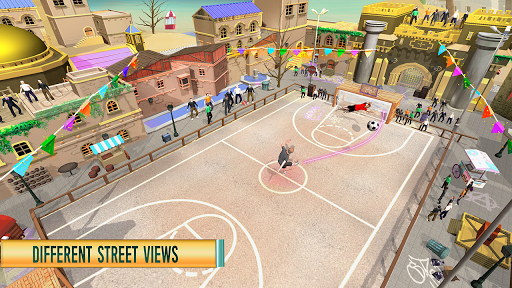 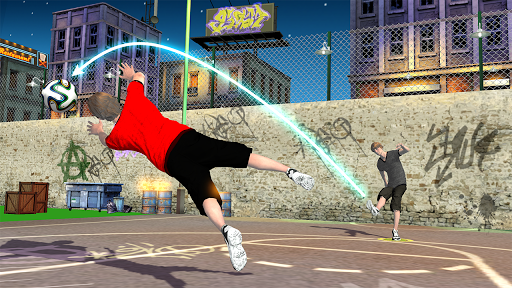 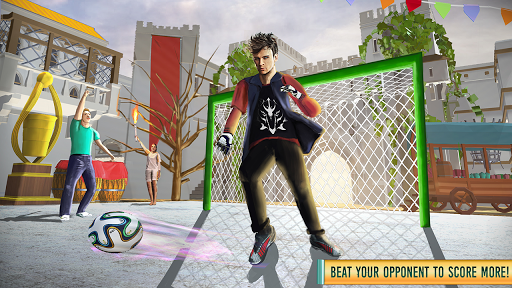 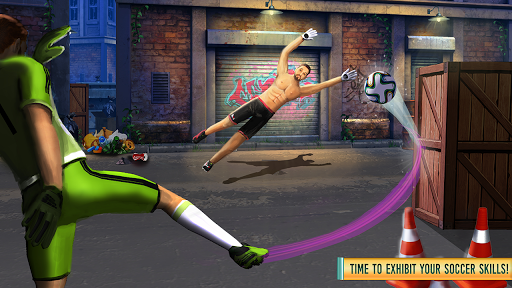 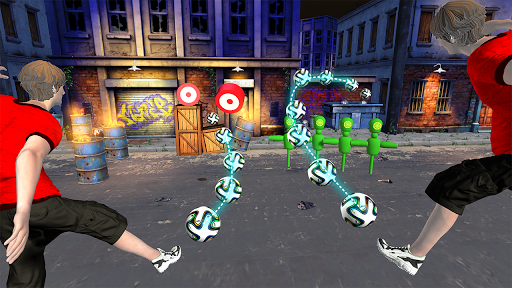 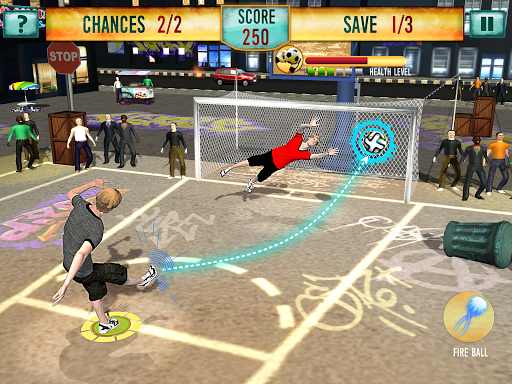 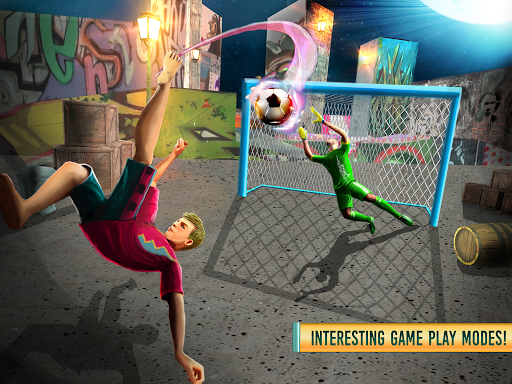 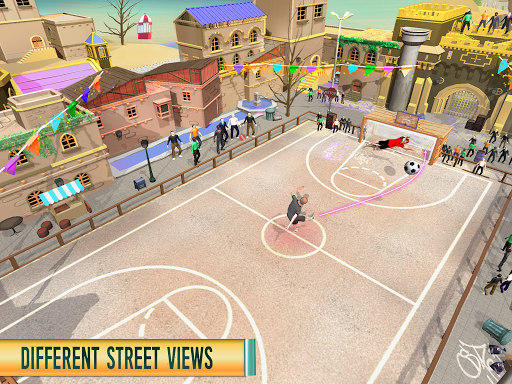 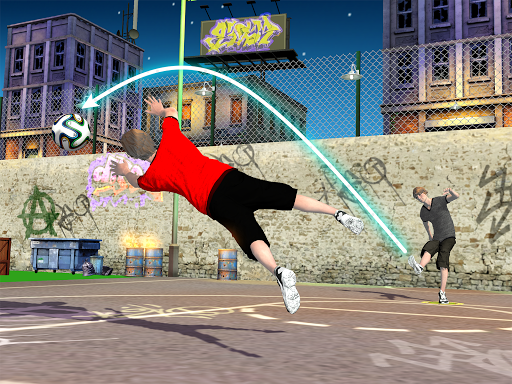 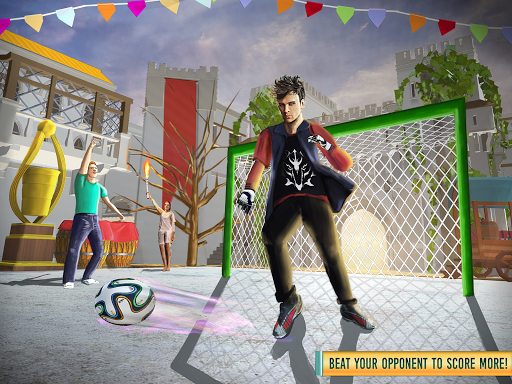 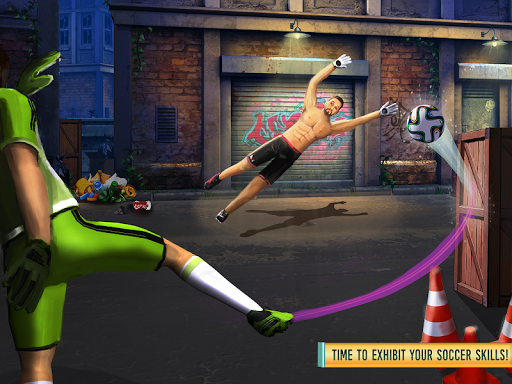 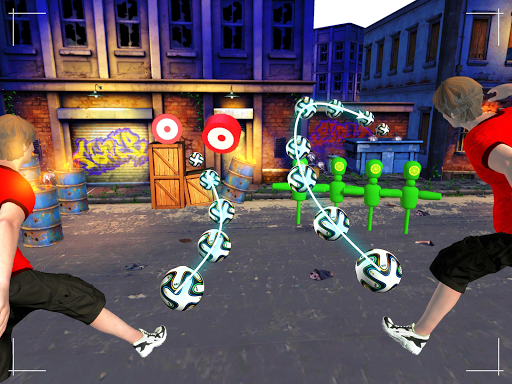 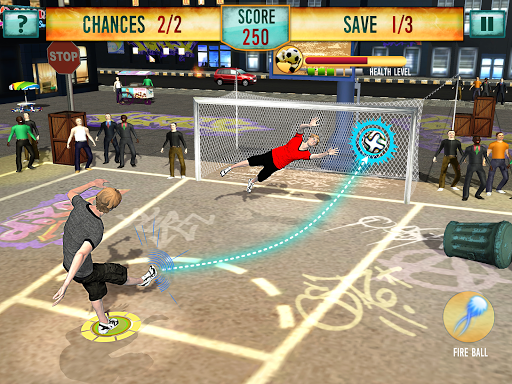 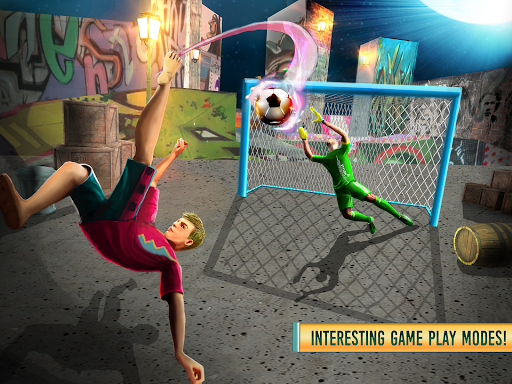 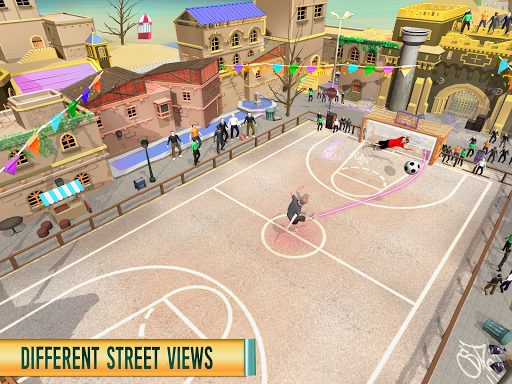 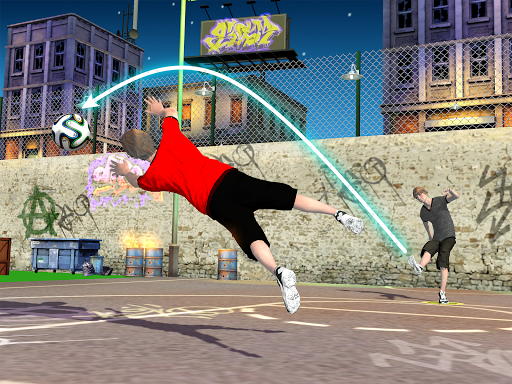 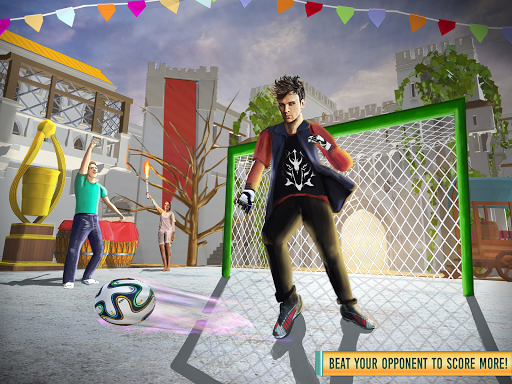 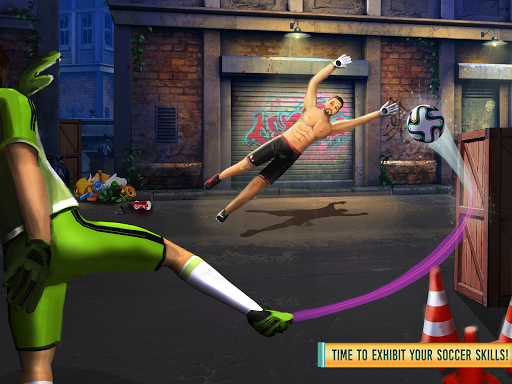 Swipe Ball, curve it while in air, volly over wall & save screamers, all the fun in included in this package of dribbling football gameplay. Football craze is in the air lads. Med Fotbolls-VM 2018 er det næsten her, det er tid til at komme i spillet og mestere den kunst for fodbold. We bring you the chance of brushing your football skills by playing this football strategy game and unique flick of this soccer game is all the fun is in streets. Det giver sine spillere mulighed for at spille fodbold i forskellige street-miljøer. 'Free-kick Street Football' serves as a perfect fix for all football addicts out there in London, Manchester & all of England and Europe!

'Free-kick Street Football' comes with three amazing environments: goal post set in a street decorated with graffiti, a beautiful street in a colorful beach town and a quiet street in a suburban town. Hvert miljø indeholder et tegn med særlige træk.
Magne aspires to become a pro footballer one day. Every day, after college he practices in his street decorated with graffiti art. Adolpho plays football just for the heck of it. He loves a good day at the beach as much as the next person and he makes the most of it by playing football. Gabriel is a straight-A student who lives in the suburbs. Efter afslutningen af ​​hans husarbejde, han passerer hans tid på at spille fotball i hans stille suburban street på natten.
'Free-kick Street Football' has thirty levels. Difficulty increases with each level as do the hurdles. Try your best to shoot past the hurdles and into the goal post and feel like a champion. Become a superstar of the football gaming world by playing 'Street Kick Football'. Good Luck and happy playing :).

Its a free for all game with the inclusion of third party advertising.

we will keep you updated! Just ...