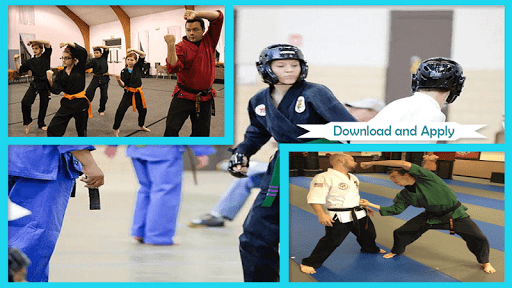 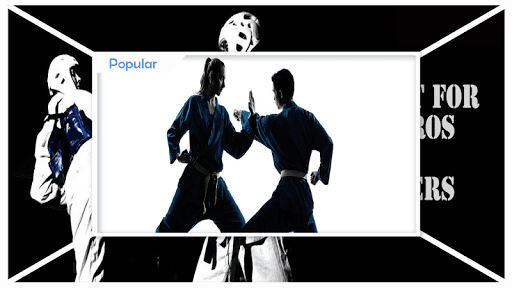 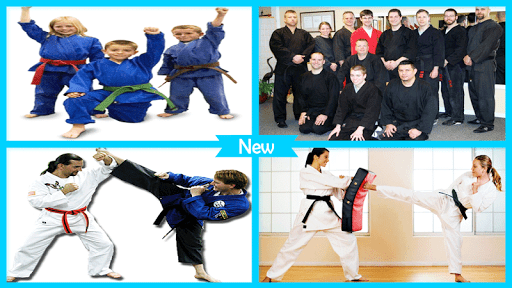 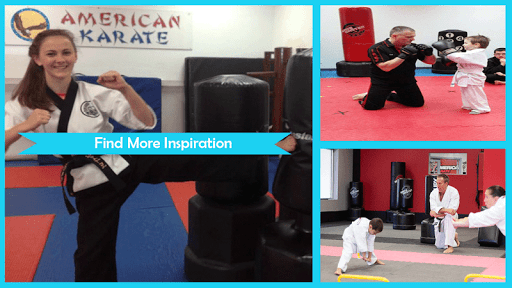 This application provides details about major and minor American martial arts styles. It covers martial arts such as American Kenpo, Chun Kuk Do, Jeet Kune Do, Marine Corps Martial Arts Program and many more. While there are many martial arts practiced in the United States (i.e. Taekwondo, Karate, Kung Fu, Krav Maga and Brazilian Jiu-Jitsu), this application focuses on styles created in America.

Budokon is a hybrid system that combines martial arts training with Yoga. This system was created by Kancho Cameron Shayne and Budokon University was founded in 2001.

According to Budokon University, "We use the Martial Arts in the developmental areas of emotion and movement. Along with the ability to defend oneself, Martial Arts brings to the surface many underdeveloped areas in the student from physical weakness to unresolved emotional fears. There are numerous philosophical Martial Arts principles applied and taught in regard to self awareness, leadership, and service that apply to all areas of development.

As the name implies, Kickboxing is a martial arts style that combines kicks and boxing-style punches. This results in a powerful combination of hand and leg techniques. In American Kickboxing, the use of elbow strikes and knee strikes is usually forbidden (unlike Muay Thai).

Modern kickboxing split off from Karate (see below). Nevertheless, there have been attempts to merge some European kickboxing organizations back into a single overall Karate structure. For more, please read this section on French Full Contact Karate.

There are five belt levels in the Marine Corps. In order, they are tan, grey, green, brown and black. To earn the title United States Marine, every recruit is required to qualify for his or her initial tan belt by demonstrating proficiency in the following fighting techniques; bayonet techniques, upper and lower body strikes, basic chokes and throws, defensive counters and responsible use of force.