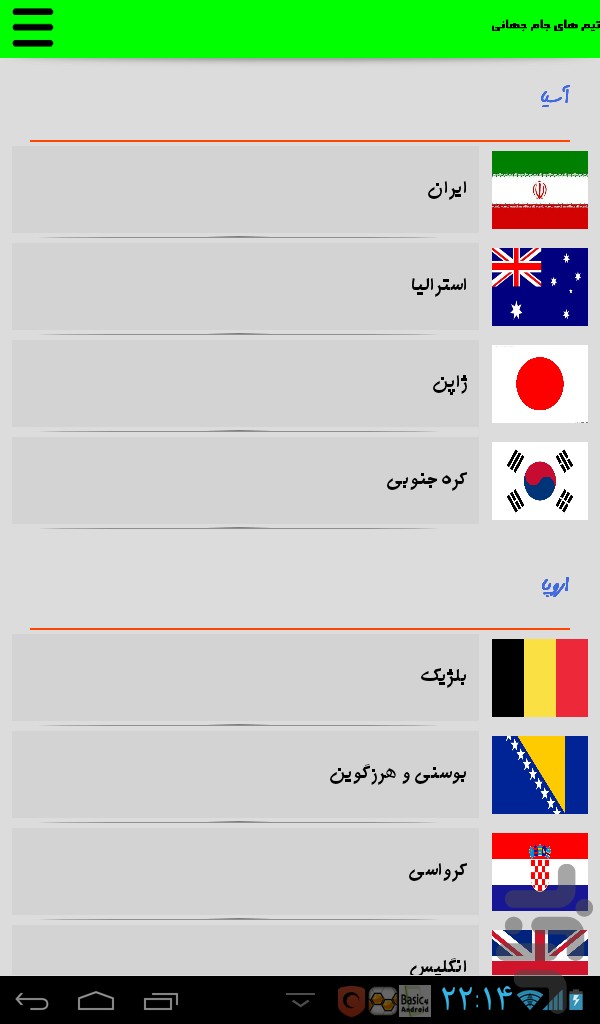 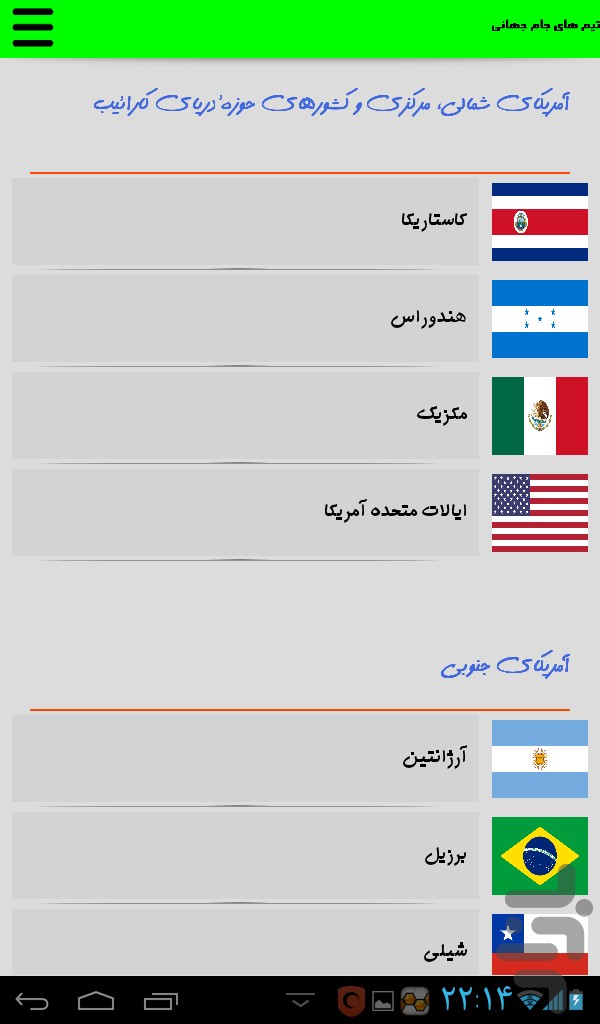 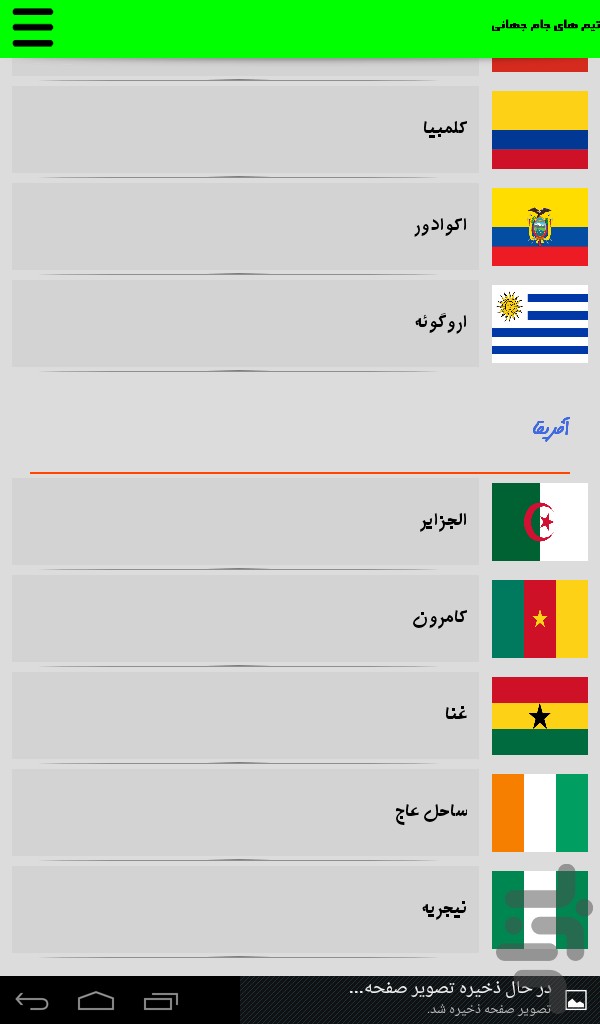 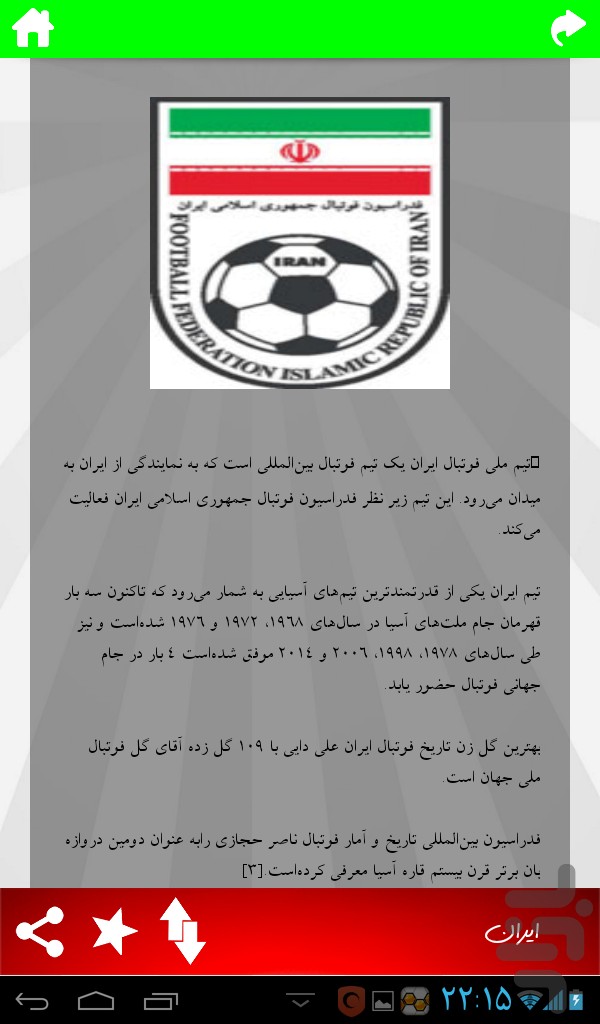 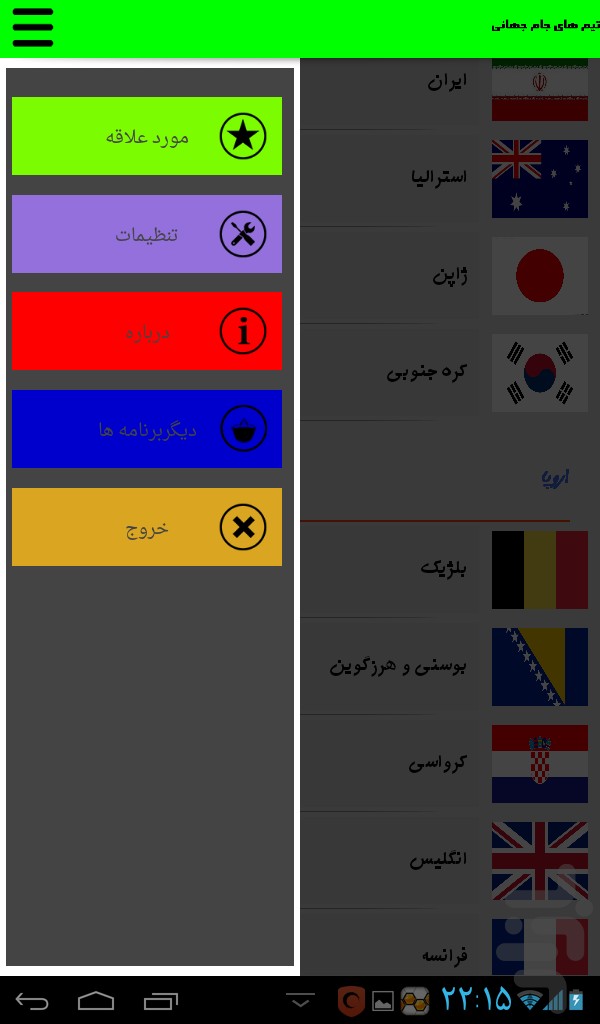 It provides a brief description of the teams that have participated in the world cup.

64 contestants in the competition will be held in 12 different cities of Brazil. The tournament champions in all previous periods, ie Brazil, Italy, Germany, Argentina, Uruguay, Spain and France are present. Spain is the defending champion. The European team in the 2010 World Cup final victory over the Netherlands took home the trophy.

Buy tickets for the 2014 World Cup in Brazil starts from 20 August 2013. Has been 3.3 million tickets through the official FIFA website (FIFA.COM) Sale. In the 2014 World Cup in Brazil in accordance with previous editions, there are 32 teams, 13 teams from Europe, four teams from the AFC, five teams from South America other than Brazil hosted the Games, Africa, North America and the Caribbean, with 5 and 4 slots in the cup Brazil will become a global company.

Other products we have:
Delicious (full)
http://cafebazaar.ir/app/ashpazy.kelasoft/?l=fa