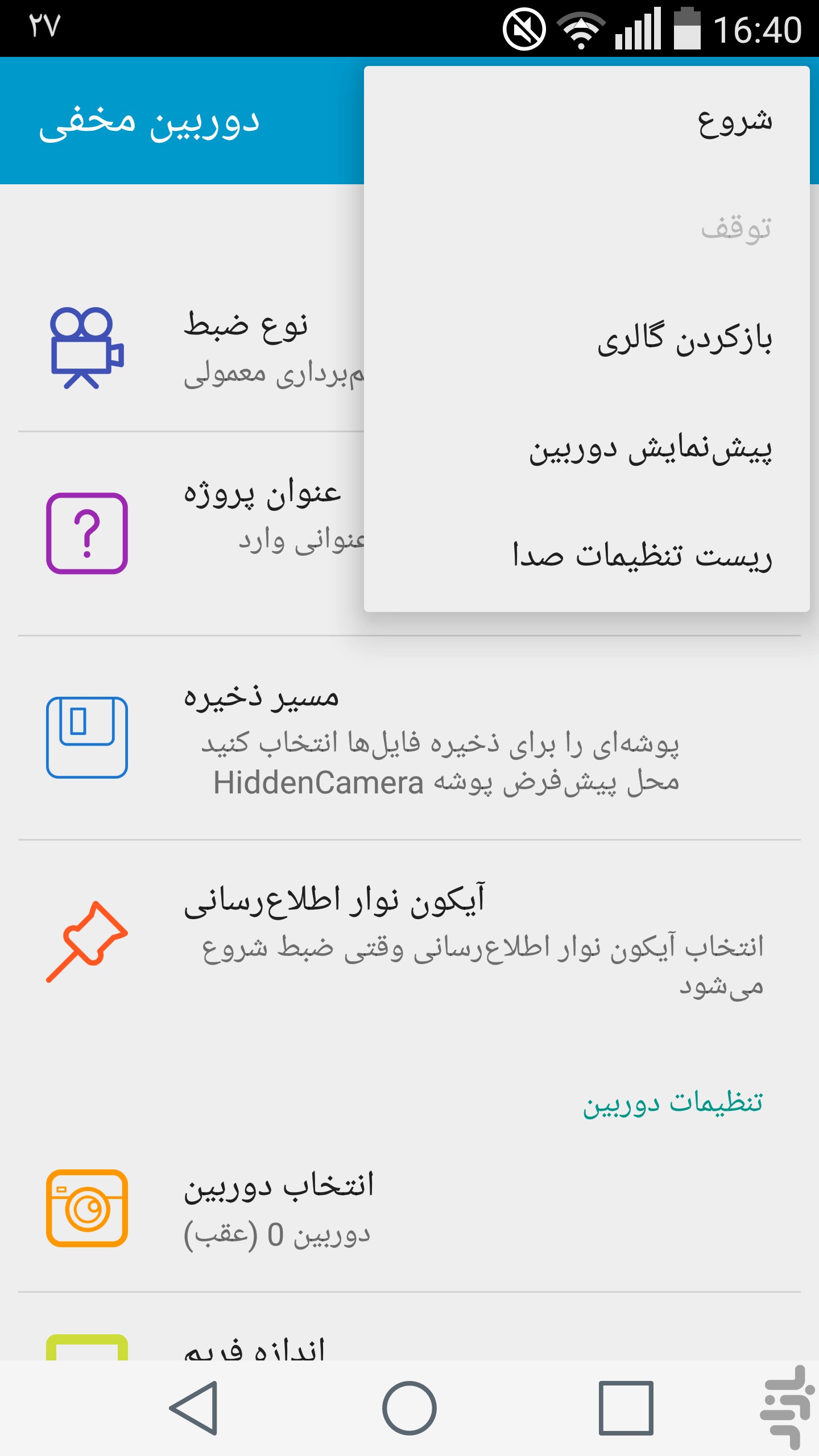 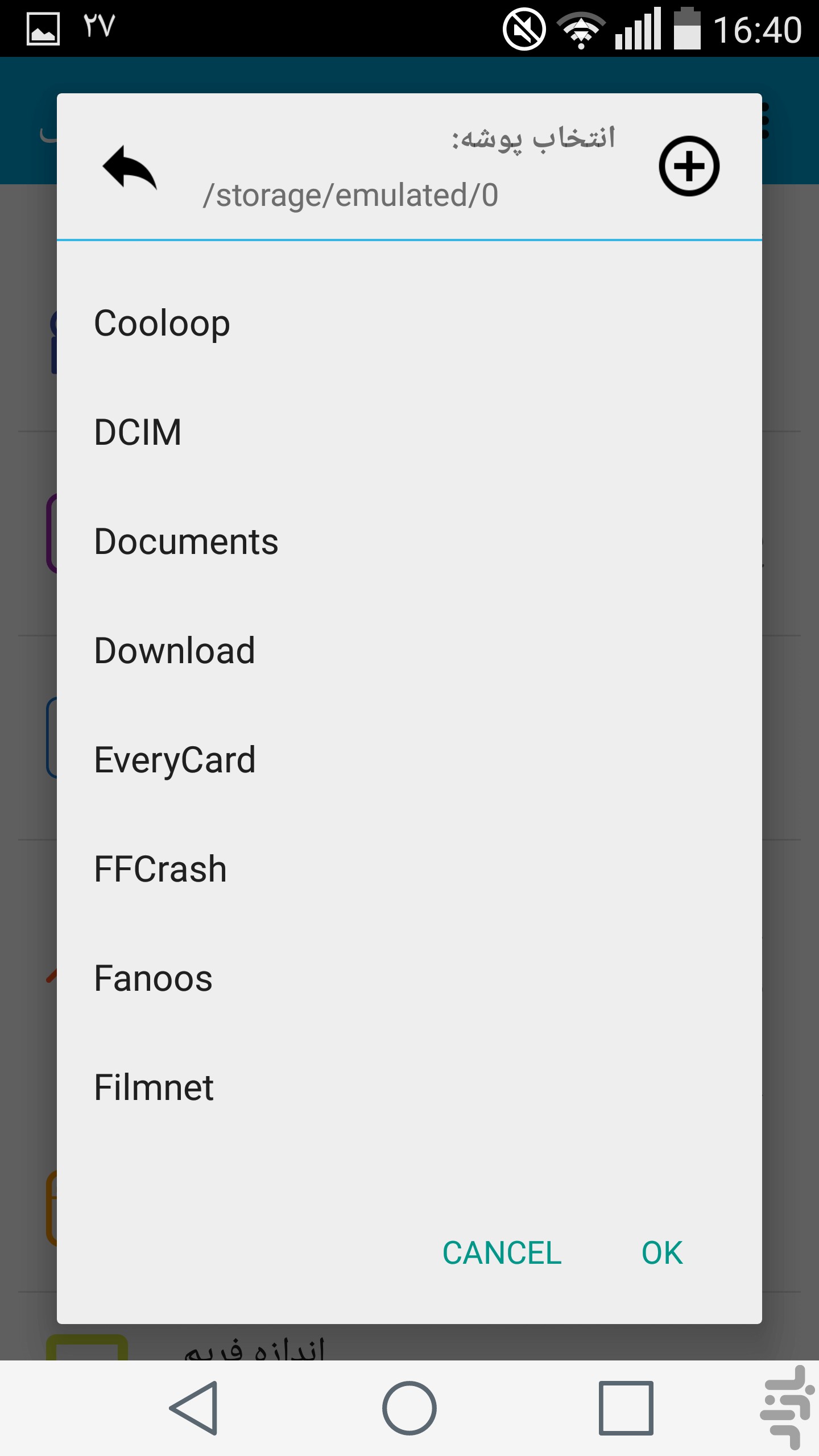 Ever wondered to find out who works with your smartphone/tablet when you’re away?

Ever been in a party and wanted to record video of a trick, but changed your mind just for the sake of people’s eyes?

Ever wanted to record a video not being noticed by the others?

Ever wanted to record a time-lapse video not being noticed by the others?

Or maybe you just want to hang your phone somewhere, e.g. in front of a beautiful flower, and record a time-lapse video of it.

You know what time-lapse videos are, right?

If not, see this video, but a rough explanation could be a way of recording videos in which FPS of recording is less than the reality, so it seems that time is passing quite faster when you watch these movies.

There is no limitation for recording, but our app’s got a feature to stop recording if battery low.

Choosing the save path of the files

Determining the icon type in the notification bar

Choosing the camera for capturing (front or back)

Choosing the speed of time-lapse photography

Determining the quality of photos

Changing the phone’s ringing profile to silent mode (may not work on some phones; still you can make it by turning off its sound)

Determining the time to stop recording after a while

Camera preview with your preferred resolution