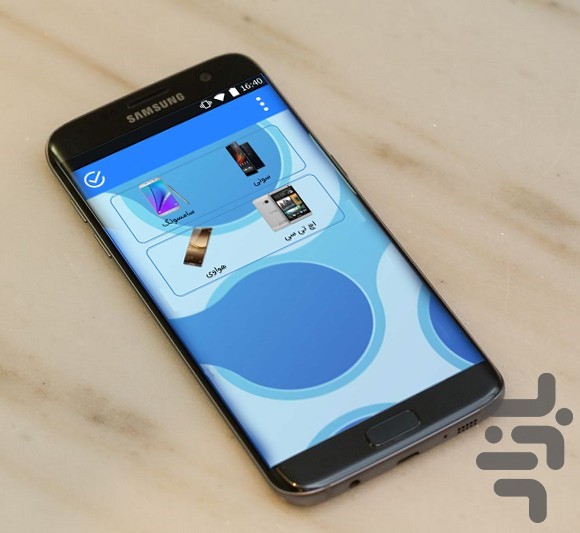 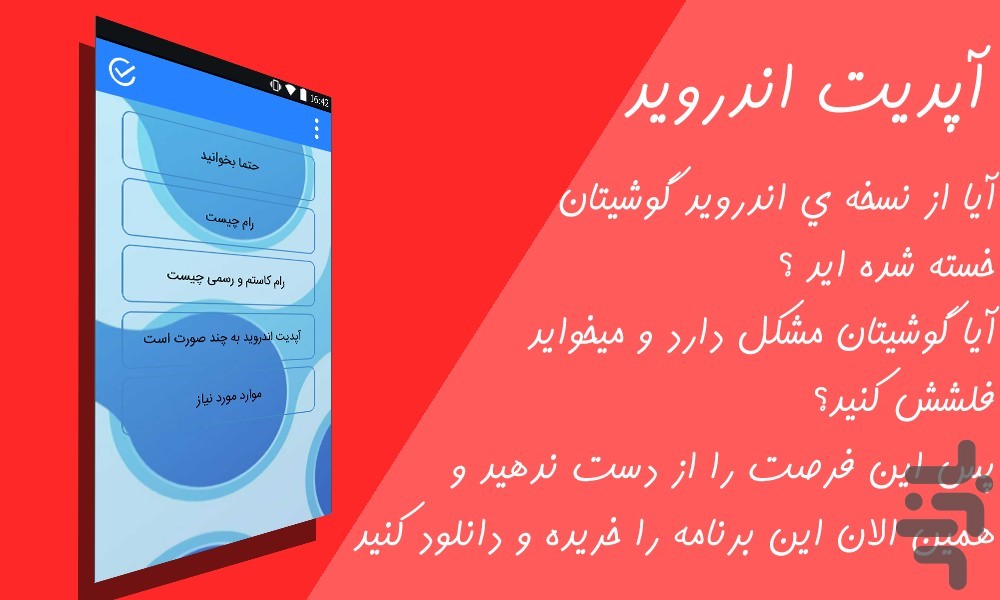 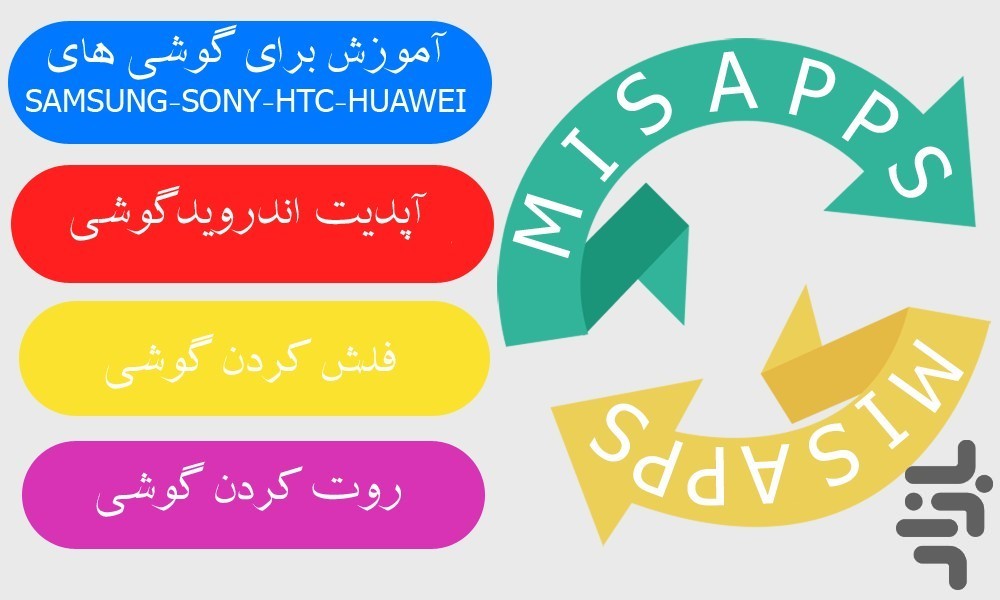 Friends of the Android version upgrade program for text and image, there is no program in the world that do it automatically, please note

To increase the quality of training videos were added

All tutorials have been tested

In the few years that the global Android smartphone subdued, our country is the operating system goes there and more people in our country the smartphone Android brands they use, but as we know it Added.

Perhaps in our country most widely installed ROM update for Android phones, because according to existing sanctions by some brands may update directly via the phone's settings, there is no best method available without trouble installing the ROM of the phone or tablet. Together we can change the phone's ROM installed interface and the version of Android Gvshym to have access to more features.

For phones and tablets

The training program has been routed to other software I do not have.