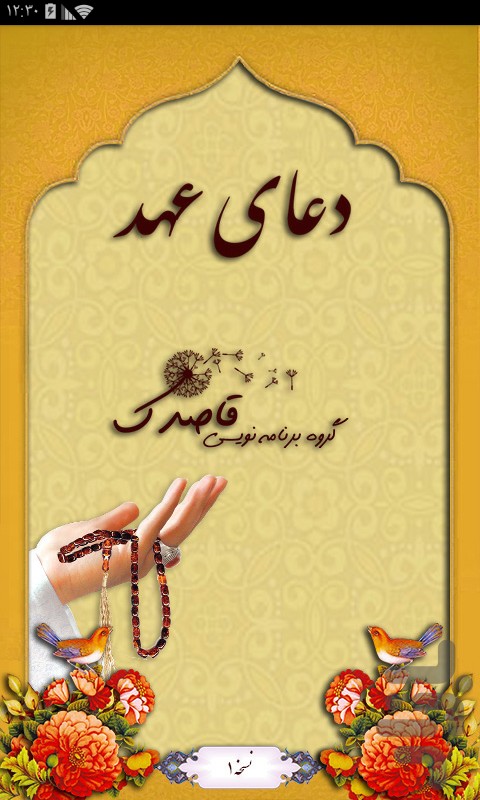 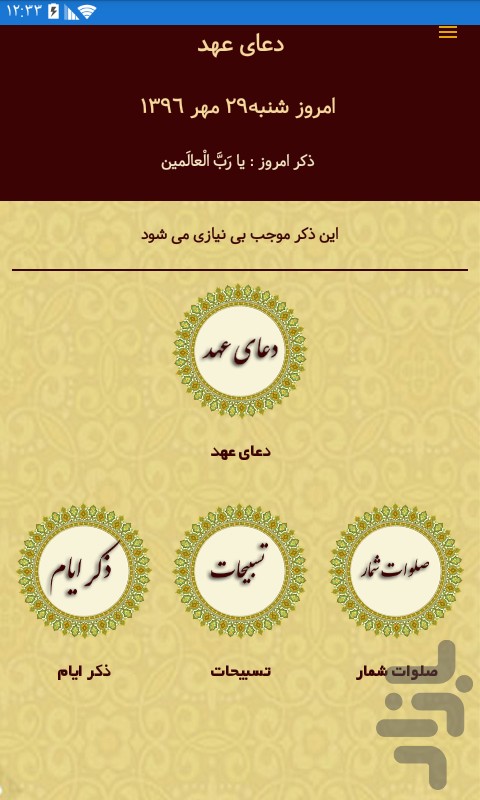 Imam Sadiq (peace be upon him) has been narrated from the Prophet Imam Sadiq (peace be upon him): Whosoever reads this Testament forty hours on the morrow, he will be our Qur'an, and if, before his advent, God will bring him out of the grave to serve His Prophet. He praises God for every word of a thousand words, and throws away a thousand sins.
According to a narration from Imam Sadiq (as), Gibreel Amin told Prophet Muhammad! One who prays in Ramadan during the month of Ramadan, "Allah is pleasing Al-Nour al-Azim" before Iftar, Allah accepts His prayers, accepts His prayers and fasting, and receives His ten prayers, He will bless His sins, Grief He destroys him and removes his suffering, satisfies him, brings him to his purpose, he brings his action to the heirs of the prophets, and on the resurrection day his face shines more than the moon of the fourteenth night ((Al-Murqabat, quoted by Sayyid ibn Tayvus))
Together with the program sound
with Persian translation
Salavat number
Charms
And mention the days