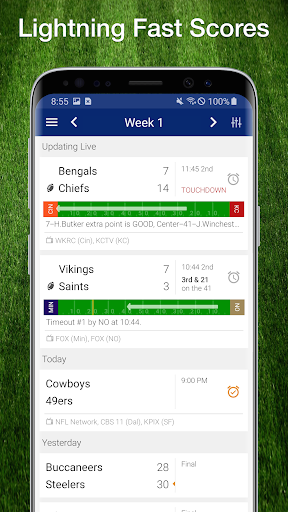 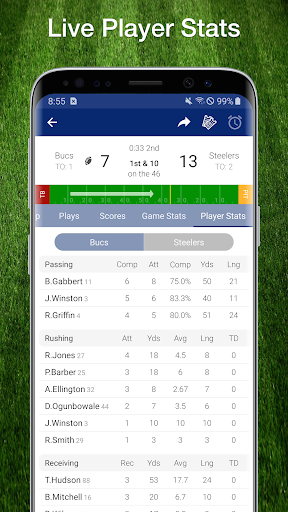 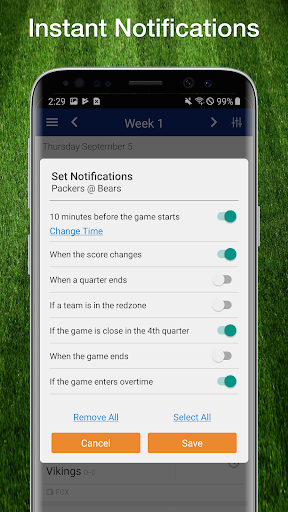 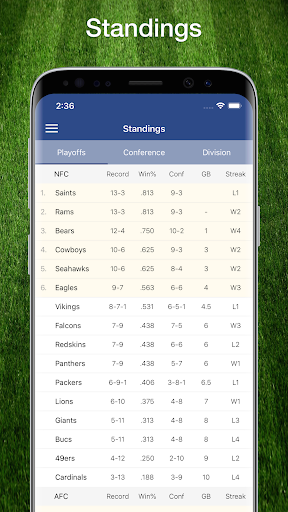 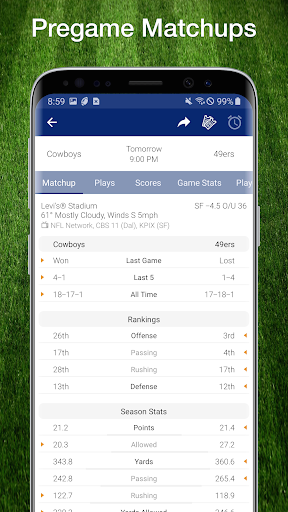 * Live NFL scores & real-time plays keep you on top of the football action!
* Immediate game notifications for scores, close games, overtime, and more!
* Up to the minute team & player boxscore stats.
* Game preview matchup stats including the last 3 games played.
* View team standings by division or conference, including the latest playoff picture.
* Player & team stats, including league leaders in passing, rushing, sacks, and more!
* Live draft tracker with draft pick breakdowns
* What's that channel? TV listings for all games included.
* Customize the schedule the way you want: filter by teams, division, or conference.
* Never miss a game! Set an alarm and be reminded to tune in.
* Check out the latest football news while on the go.
* No connection? No problem! The entire schedule is on your phone & alarms are set locally.
* Check scores of previous football games easily.
* Includes the 2020 NFL schedule. Playoff games added automatically.


** Please note: This app is not endorsed by or affiliated with the National Football League. Any trademarks used in the app are done so under "fair use" with the sole purpose of identifying the respective entities, and remain the property of their respective owners.