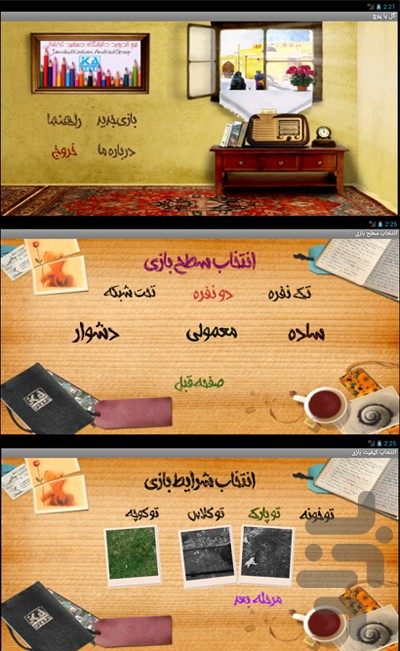 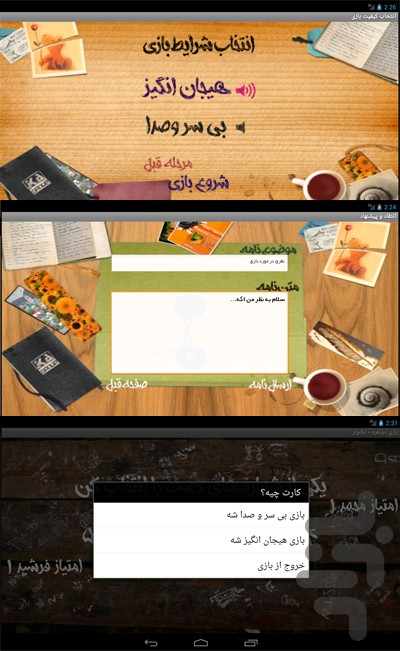 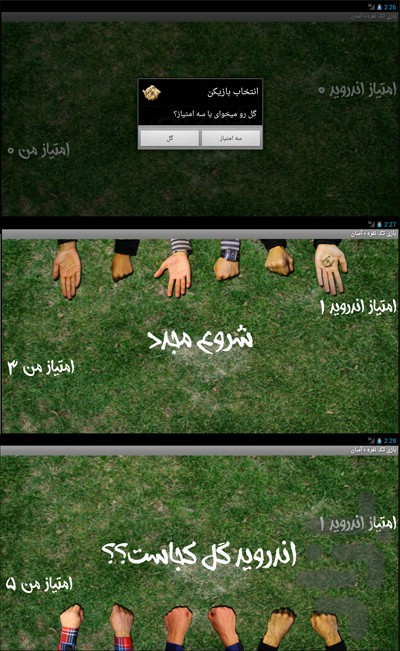 In the name of Allah

Game: Gol YA pooch(flower or empty)

Iran is a land of ancient games , Unfortunately, with the rise of digital games played by Iranian gradually forgotten or are being forgotten.

We decided to build one of the most attractive games of old Iranian named GOL YA POOCH (flower or empty), Re-live the memories of the game among the Iranian people that we hope to undertake the job properly raised.

We hope in future versions of the game the whole world to introduce traditional Persian and Iranian Corner real art to show everyone that this would only be possible with the support and prayers of the people of our beloved homeland.

The game features a lot of things I do not say to yourself to experience.

- Play in single and double splits in a phone is available .
- Both in style of play , the number of high and low level can be selected according to . ( From four to eight hands ).
- In single-player game , you have to give up the identify android .
- The final score of the game is 21 .
- You can select and play the course for playground, special music intended.

Just be sure to read first the manual and the rules of the game.

This opening is only for entertainment And not a single part of the prize you'll win or coins or something else (but for now) ...
However, two of the decision is yours.