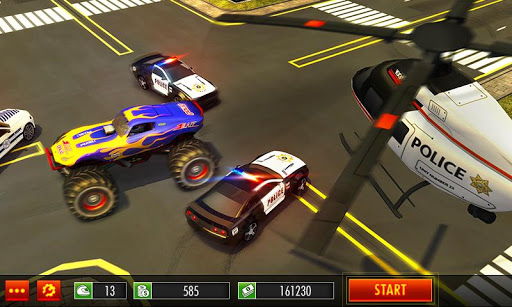 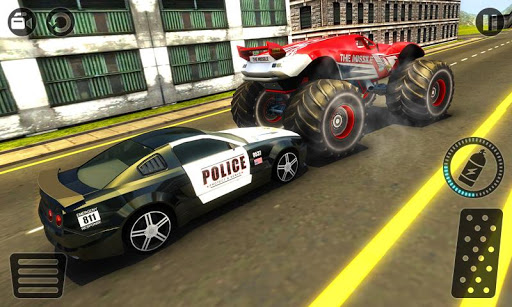 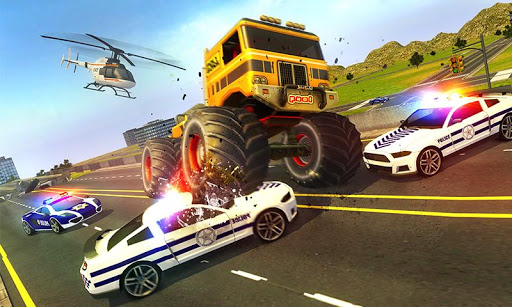 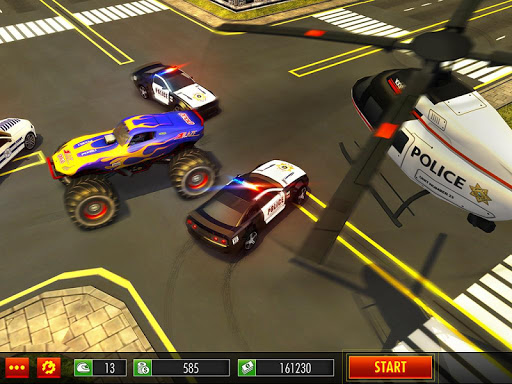 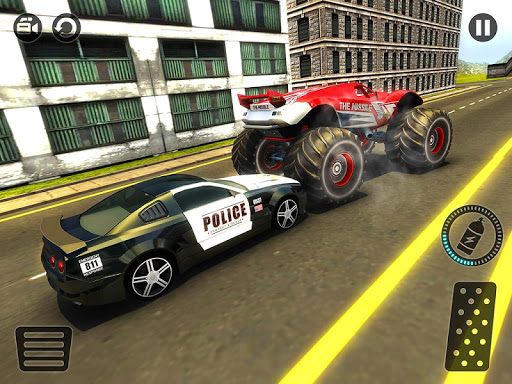 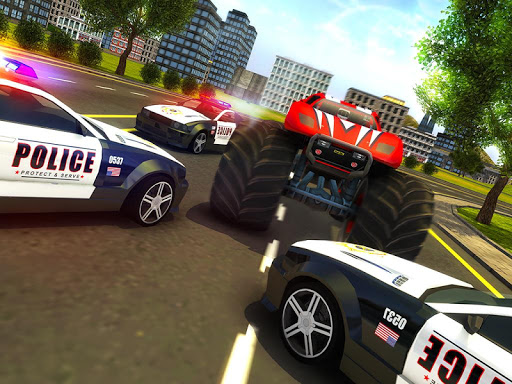 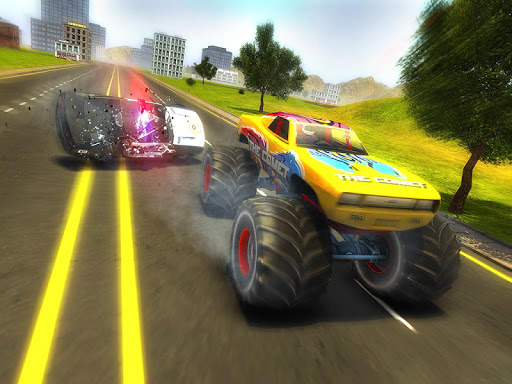 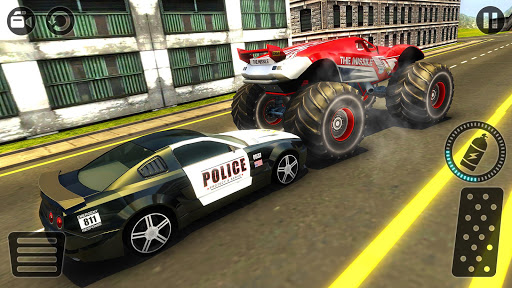 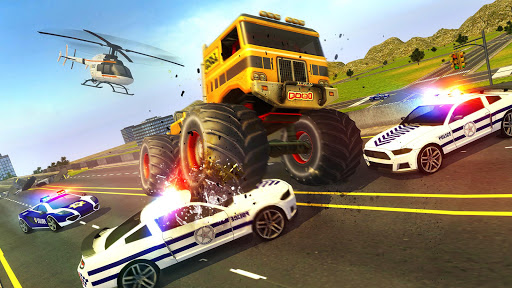 Do you love car chase games? If yes then get ready for hot police chase game where you have committed a perfect crime and escaping away from cop chase. In this Police adventure game drive gangster's monster cars to get police escape in the crime city. The 4x4 police cars are trying to chase down the gangster squad and killing mafia in crime city. Cruiser Police squad is well trained for thief pursuit to keep city safe from all criminals. Drive monster truck according to the escape plan to get rid from metropolis chasing. The monster trucks are much high-speed and powerful vehicles so that you don't get busted by cops chase.

Racing car pursuit is crazy car chase game where police lights and police horns are sending alarms to stop vehicles escape. The policeman officer's are corrupted and not looking into criminal case with honesty. So it's your time to become hero of the New York city ( NYC ) and get escaped from crooked cops that are members of police patrol squad. The police car racer is trying to shoot with modern weapons and destroy your monster truck. Be the reckless driver of racing monster car and demolish cops cars with big rig tires.

It's a smashing and racing game between Police Vs Gangsters. The police cars chasing speed increases with time you need to avoid police smash by racing the big wheel monster truck precisely and with fast speed. Police monster kill drivers are equipped with fast demolishing vehicles that are ready for car wars and smash at any time. To be the king of road do not get arrested while reckless driving both on off road and hill tracks. Make it impossible chase for cops cars with your legend driving skills. You need to prove that you are a valuable asset of underworld.