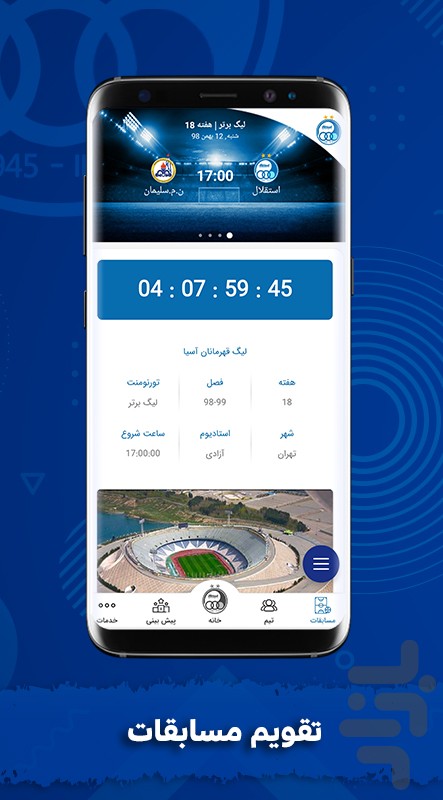 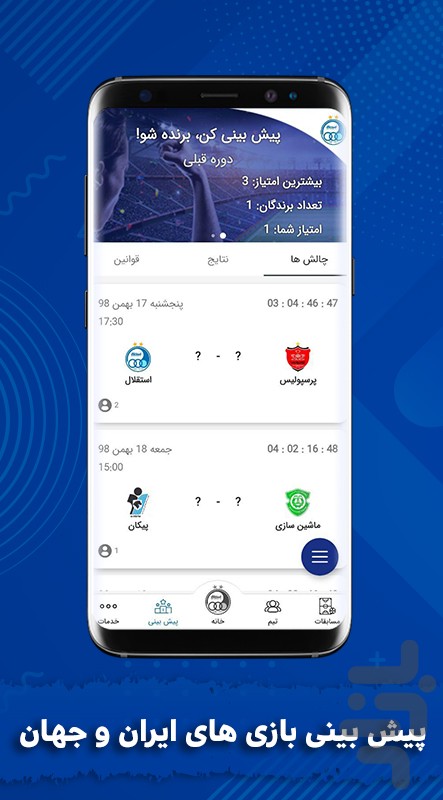 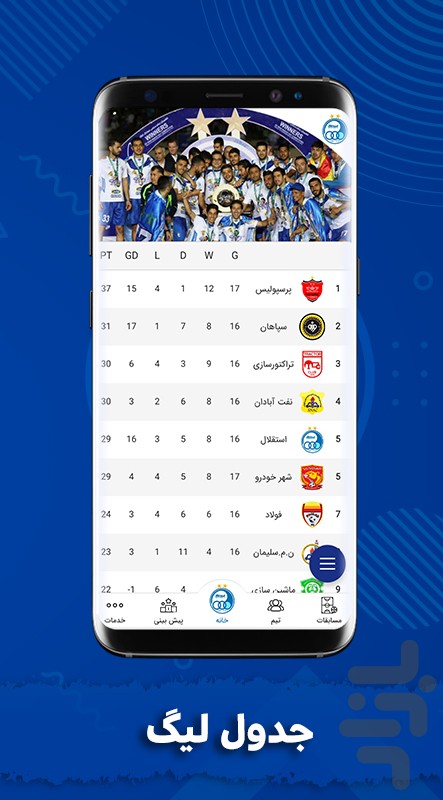 Esteghlal Iranian Cultural and Sports Company to serve its millions of fans, whose popularity is the result of their support, is the first version of their official mobile app called "Official Esteghlal Super App" with the slogan of every moment and everywhere. Together with his beloved team, especially the first phase of the Android operating system, he delivers in response to the enthusiasm of the fans who bash the club for free.

In designing this super app, fans have been trying to get fans in an exciting and exciting environment by installing this app on their mobile phones and tablets as part of Iran's Esteghlal Club brand, in addition to receiving banking, insurance, Shop, get previews of your favorite team and foreign teams to stay up to date with the latest and most exclusive news about players, club members, competitions, transfers and more.

Among the official services of the Esteghlal Club's official app are:

Fans can take part in the challenges (anticipating the results of Iranian and World Club matches) to enjoy, compete and enjoy the live watching of the Esteghlal Championships in the largest and most advanced sports app and make use of all its features.

The "Tournament" section shows live events of the game in progress, and even if you are out of the app you will be kept informed, as well as stats from past Esteghlal and upcoming games.

The team section introduces players so fans can get to know their favorite players, watch sports videos and photos, and like and follow them.

For the fun and excitement of most loyal fans, the Forecast section has been added to the app to anticipate unplayed games as they enter the Challenge. Anticipate Iran and World games every week and compete with your friends and win more prizes.

All Esteghlal matches are live and in high quality for fans inside the country from "Esteghlal Internet TV".

Our main goal is to communicate effectively between loyal supporters and the Esteghlal Club.