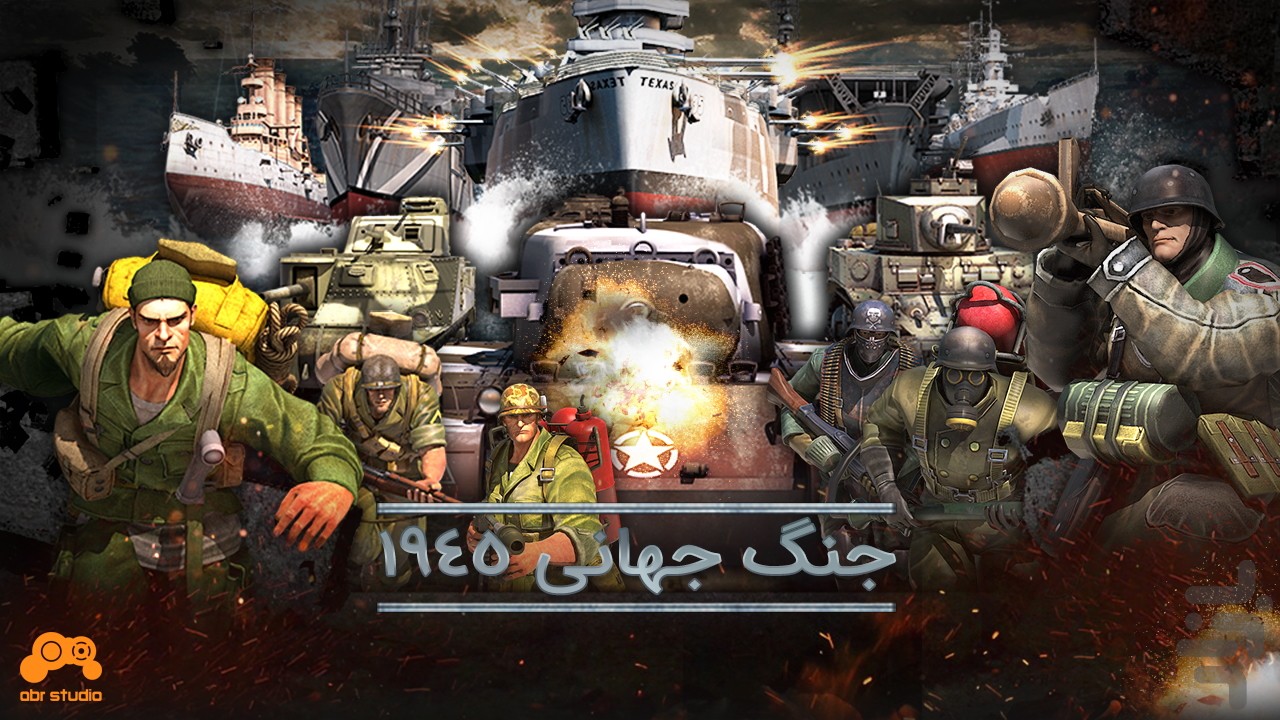 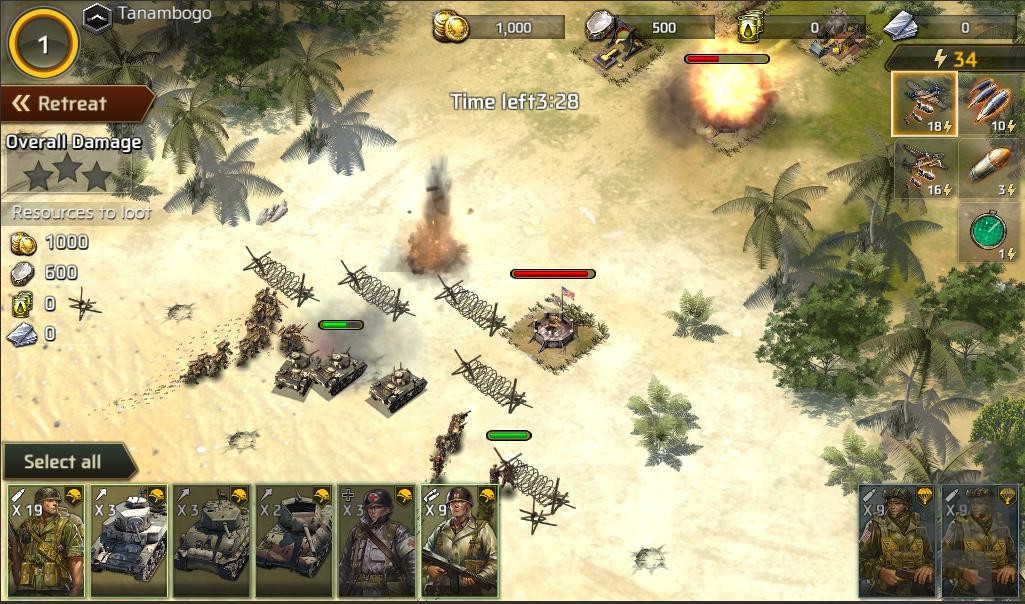 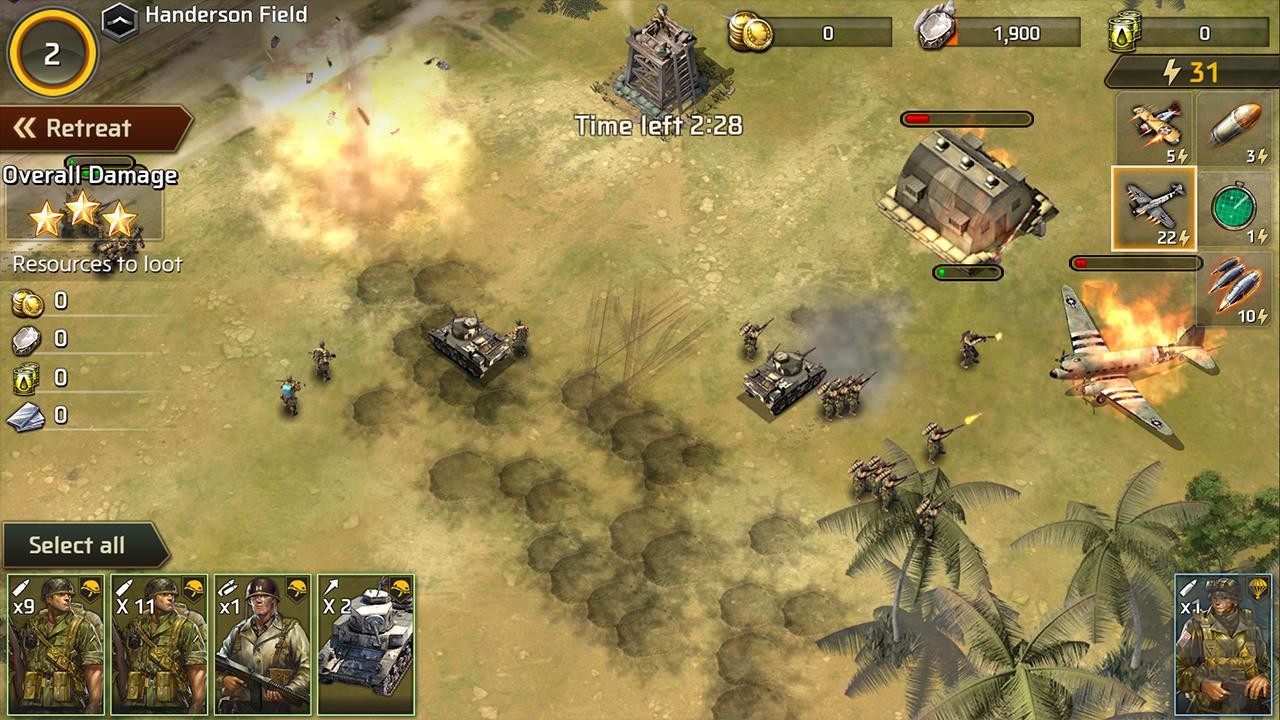 battle for victory and medal of honor.

The largest war in history has begun.

You must come up with remarkable strategies and rewrite history.

Construct bases, train soldiers, and create various strategies in the name of victory.

Experience the war's major battles including the ones at Normandy, Stalingrad, and others.

Become a Commander in campaign mode, and dominate the battles. Help your army and answer your call of duty.

Everything from the Sherman and the Tiger to the Bismarck and the Enterprise!

Live out your military fantasy and head to the battlefield with honest, historical representations of tanks, battleships, and fighter craft.

Implement different plans of attack with the support of aircraft carrier bombardment and air raids. The scale of battle grows with diverse skills at your disposal. Upgrade your bases and troops to acquire various skills and gain an advantage on the battlefield. You may receive the god of war medal.

From top-notch sound to rising dust on the battlefield,

we offer you life-like battles with the realism presented by our quarter view, high-quality graphics.

Countless players will attack your base.

Fight off these opponents by constructing defense towers, and placing your troops strategically to ensure victory.

Listen to your call of duty.

Age of War Has Begun! Win every tiny gun fight!